Tajuddin knows why he was removed from Umno supreme council: Zahid 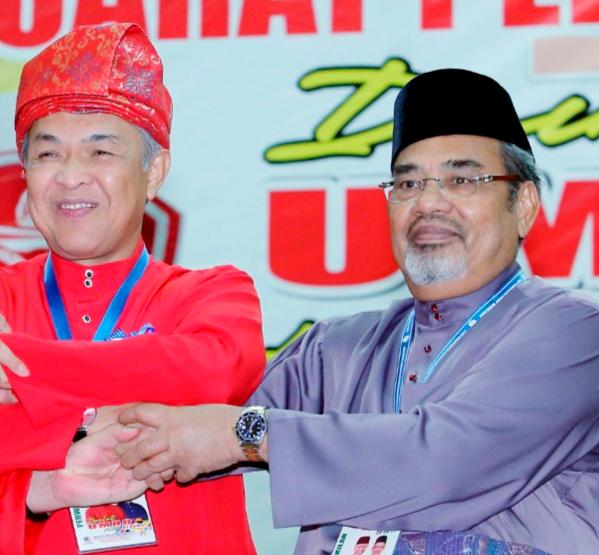 KUALA LUMPUR: Pasir Salak Member of Parliament Datuk Seri Tajuddin Abdul Rahman himself knows why he was dropped from the Umno supreme council (MT) and what he has done to the party, said Umno president Datuk Seri Dr Ahmad Zahid Hamidi.

He said it would be unfair for others to disclose this publicly and it was best for the media to ask Tajuddin why he was removed.

“Ask him what statements he has made, the contents of his speeches or ceramah, or what he said at closed-door meetings,” he told reporters when asked whether Tajuddin was dropped for breaching party regulations.

Ahmad Zahid was speaking to reporters after the launch of the Barisan Nasional Youth Career Carnival 2022 at the World Trade Centre here today.

Yesterday, the media reported that Tajuddin was removed as an MT member via a letter dated June 21.

Ahmad Zahid said MT appointments were the prerogative of the party president and all MT members should abide by the party’s decisions.

“Any resolution has to be followed. We can have different views in discussions or meetings but once a decision has been made, it is a party decision. And we have to toe the party line, not the other way round,” he added.

He said the MT was scheduled to meet tonight to further deliberate on several matters decided at the Umno general assembly recently.

Meanwhile, Umno secretary-general Datuk Seri Ahmad Maslan, when met at the same function, said he felt that what was decided by the Umno president was within the powers accorded to him under the party constitution.

“To me, what was decided (by the president) is to give a chance to Tajuddin to focus on his duties as Malaysia’s ambassador to Indonesia,” he added.-Bernama 2.One complaint received on chicken sold above ceiling price

4.Petronas Malaysia Open 2022: Christie through to semis, up against Axelsen