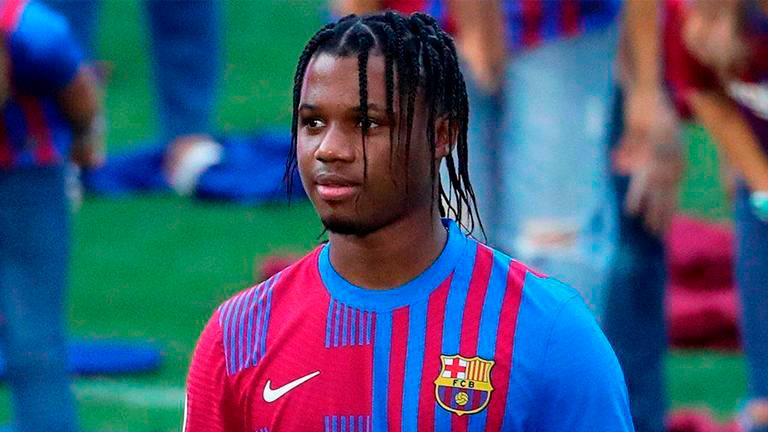 MADRID: Barcelona’s teen striker Ansu Fati(pix) returns to national duty with Spain for the first time in nearly two years after coach Luis Enrique named him on Monday in his squad for the upcoming round of Nations League matches.

Spain play Portugal on June 2 followed by two games against the Czech Republic and one against Switzerland.

Fati, 19, made his international debut in August 2020, becoming Spain’s youngest ever goalscorer at the age of 17 when he netted against Ukraine.

He was out of action for almost a year after that with a knee injury, returning in September 2021.

He was injured again on January 20 and missed over three months of this season with a thigh injury before returning to Barcelona colours on May 1.

There are recalls too for Thiago Alcantara, although he went off injured in Liverpool’s final Premier League game on Sunday, and Real Madrid’s Marco Asensio.

Pedri and Mikel Oyarzabal, however, are both absent through injury.

Spain, runners-up in the Nations League last October after a 2-1 loss to France, are aiming to qualify again for the four-team finals, which will take place in June 2023.-AFP