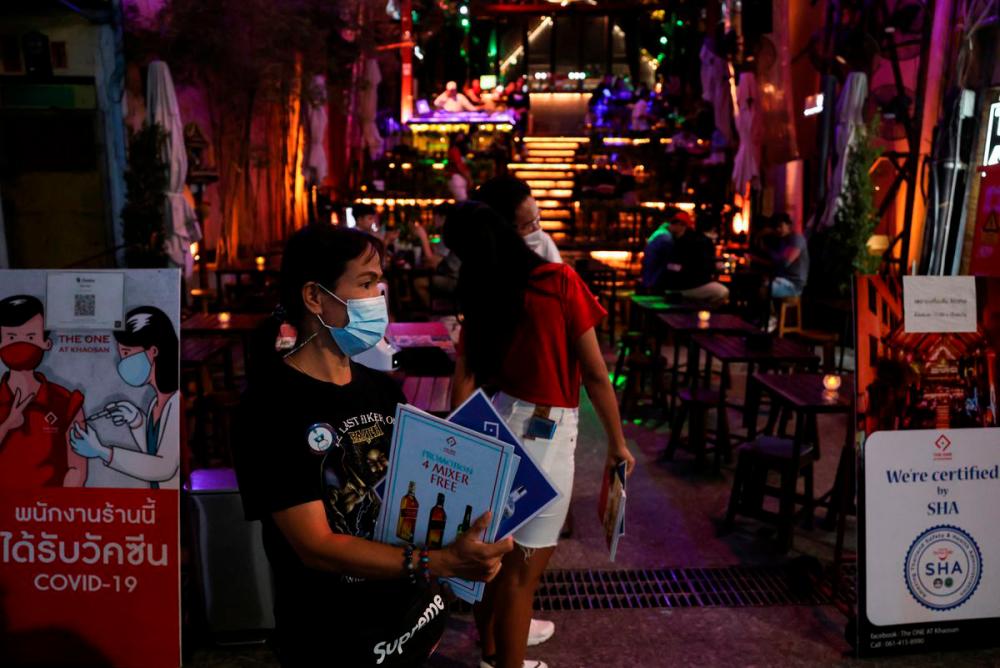 A waitress waits for customers at a restaurant in Khaosan Road, one of the favourite tourist spots, as Thailand bans entry from eight African countries over the coronavirus Omicron variant, in Bangkok, Thailand, November 30, 2021. REUTERSpix

BANGKOK: Thailand has detected its first case of the Omicron coronavirus variant in a US citizen who had travelled to the country from Spain late last month, a health official said today.

The confirmed case in the man, who had arrived on November 29, makes Thailand the 47th country to have found the new variant, Opas Karnkawinpong, Director-General of the Department of Disease Control, told a news conference.

“This first confirmed case of Omicron variant is a 35-year-old man who is a US citizen who lived in Spain for a year,” Opas said adding that the patient had mild symptoms.

Opas said health authorities were conducting further tests of people who had come into contact with the man, but said all contacts so far were low risk.

A spokesman for the Spanish Health ministry declined to comment on this case but added: “Our detection system has so far proved successful. We have detected five cases in Spain.”

Thailand banned travellers from eight African countries including Botswana, Eswatini, Lesotho, Malawi, Mozambique, Namibia, South Africa and Zimbabwe at the start of December amid concerns about the Omicron variant.

Opas said authorities had also limited travel from other African countries and were monitoring international travellers for more potential cases.

More than 57 per cent of people in Thailand have received two doses of Covid-19 vaccines, health ministry data showed. — Reuters 5.Russia says US failing on Ukraine but more talks possible