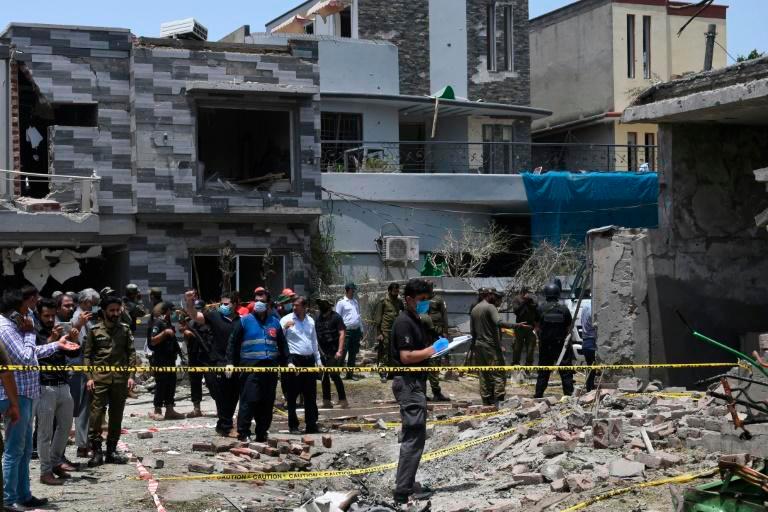 Three people were killed and 25 wounded in the bomb blast, according to Lahore police. — AFP

LAHORE: A car bomb killed three people in Pakistan’s eastern megacity Lahore on Wednesday in an attack officials believe targeted police and security forces near the home of a banned firebrand Muslim cleric.

“Our assessment is that the most obvious target was the police and security forces,“ provincial police chief Inam Ghani said.

He said the blast site — in the affluent neighbourhood of Johar Town — was near the home of Hafiz Saeed, the alleged mastermind of the 2008 Mumbai attacks.

“The vehicle might have succeeded in reaching there had this police checkpoint not been present,“ Ghani said.

A police official who did not want to be named said the checkpoint was in place to guard Saeed’s house.

The cleric was head of the now-banned militant organisation Lashkar-e-Taiba (LeT), accused by India and the United States of plotting the four-day assault in Mumbai that left 166 people dead.

Delhi has long seethed at Pakistan’s failure to hand over or prosecute those accused of organising the attacks.

Saeed was jailed in 2020 on separate terror charges.

It was unclear whether the car was packed with explosives that were remotely detonated, or if a suicide bomber was behind the blast.

Blasts in Pakistan’s major cities have become increasingly rare in recent years following a massive crackdown on militant groups in urban areas along with a string of military offensives targeting jihadist strongholds along the Afghan border. — AFP