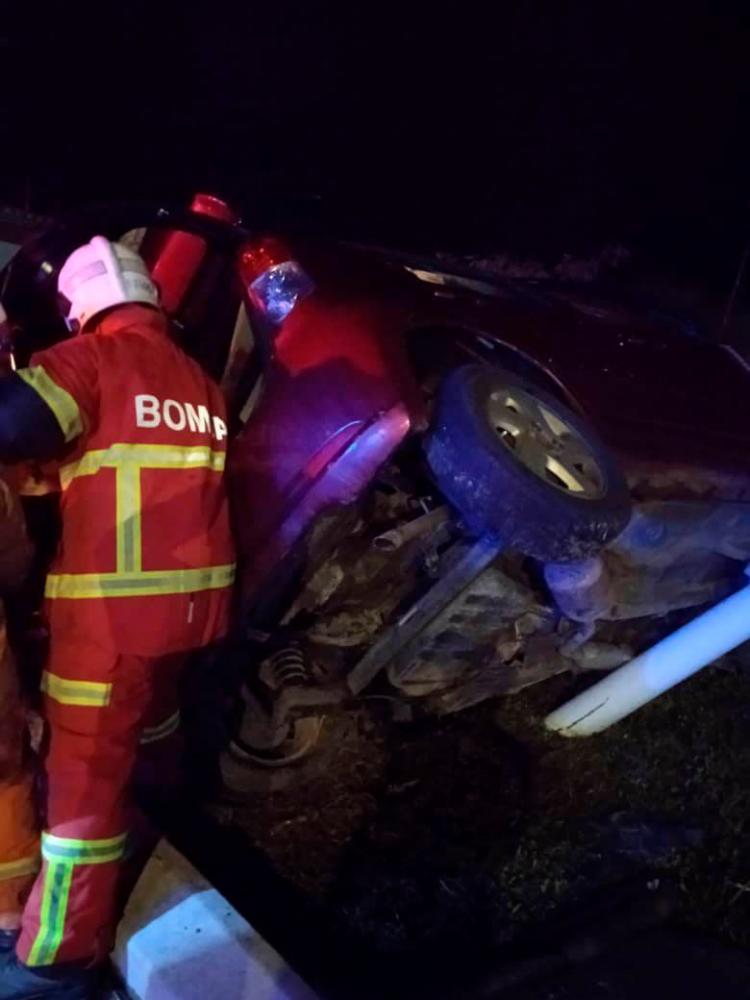 KUALA LUMPUR: Three people were killed when the car they were travelling in was believed to have collided with a trailer in front of the National Skills Development Centre in Serendah, Hulu Selangor early this morning.

The victims have been identified as B Janani Sri, 25, PS Thamilselvam, 25, and PS Sasitaran,18.

Selangor Fire and Rescue Department director Norazam Khamis said a rescue team from the Kuala Kubu Bharu station was rushed to the scene after receiving a distress call at 4.30 am.

“Upon arriving at the scene, the rescue team found that the accident involved two vehicles, namely a Perodua Myvi and a trailer, which were believed to have collided head-on.

“The car was believed to be heading to Serendah from Rawang, while the trailer was coming from the opposite direction,” he said in a statement today.

He said the trapped victims were removed from the car and were pronounced dead at the scene while the 39-year-old trailer driver escaped with no injuries.-Bernama