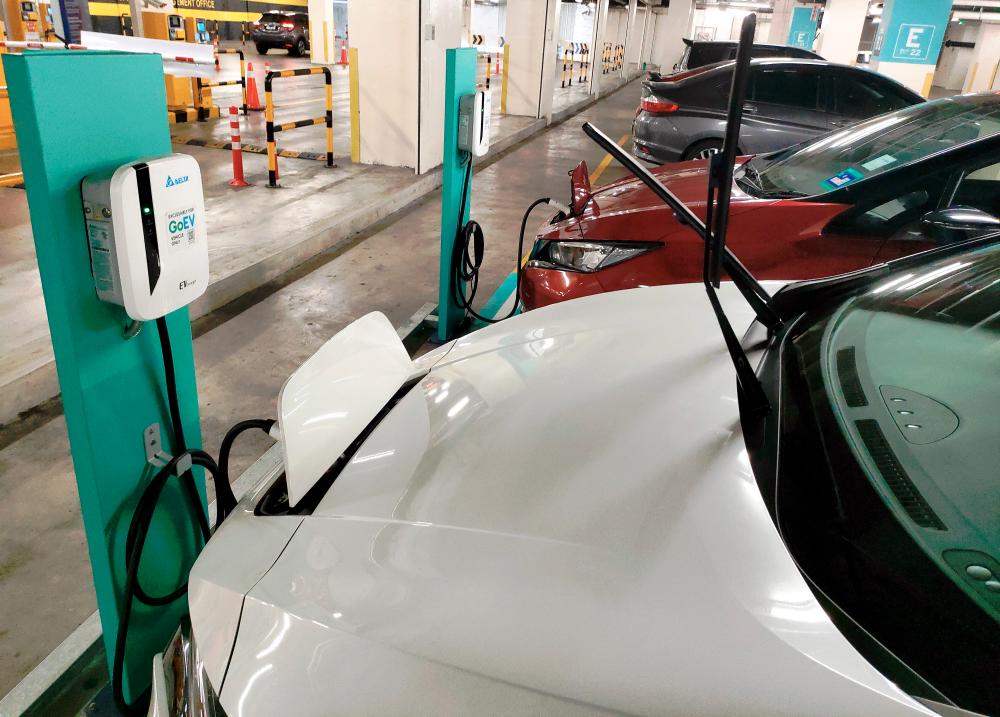 PETALING JAYA: Tenaga Nasional Berhad (TNB) is aggressively pursuing avenues to grow the market for electric vehicles (EV) in Malaysia and is having talks with Proton and Perodua, among others, to resolve existing pain points.

Malaysia’s EV market was valued at RM61.5 million in 2020, with total revenue expected to grow at 12.46% annually to reach RM140 million in 2027, according to a Maximize Market Research report.

In an exclusive interview with theSun, a TNB spokesperson said the Deloitte Global Automotive Consumer Study 2021 on consumer concerns about owning EV highlighted that 35% of respondents in Malaysia complained about the shortage of EV charging infrastructure.

Another 21% quoted the high prices of EV, 18% expressed safety concerns, 12% complained about the short driving range and 11% said it took too long to charge.

Based on the study, TNB said it is taking up a leading role through strategic partnerships with other players in the EV sector, including DHL Express, Sime Darby Motors, BMW Group Malaysia, Malaysia Automotive, Robotics and IoT Institute, Socar Mobility Malaysia, Ipoh City Council and SP Setia Berhad to address those concerns.

“With 1,014 units of EV on Malaysian roads as of May this year, and the number expected to increase thanks to government incentives, we are working with industry players to resolve the poor charging infrastructure in the country, among others,” TNB said.

It added that there are currently 707 charging stations in Malaysia, and the government is targeting to have 50,000 battery electric vehicles by 2025, supported by 10,000 public charging stations.

The downside is that EV in Malaysia are sold at over RM150,000, which is far above mass market affordability.

But no incentives have been announced for the charging point operators.

TNB said: “In playing a key role to develop the EV ecosystem in Malaysia, TNB welcomes any partnership with EV manufacturers or importers that encourage its higher adoption.

“TNB continues to engage with the government and other stakeholders regarding policies and regulations that will encourage and accelerate the growth of EV adoption.”

It said it is working actively with Proton and Perodua, and the former had visited its subsidiary, Tenaga Switch Gear Sdn Bhd (TSG), a wholly-owned TNB subsidiary which manufactures medium and high voltage switchgear. TSG also aspires to be a manufacturer of EV DC chargers.

In its meeting with Proton, TNB said the former expressed interest in setting up EV charging solutions at its showrooms and factories and selling home chargers to EV owners.

“Meanwhile, talks with Perodua have commenced and we are looking at how best we can support the national carbon reduction target,” TNB said.

The utility company added that electricity rates are determined by the Energy Commission under the purview of the Energy and Natural Resources Ministry.

“It has been proven that (charging) EV at home using electricity at current rates is between 11% and 28% cheaper than fuelling a car with RON95 petrol.

“While the charging speed is important for long-distance travel, the appropriate charging mechanism is actually at home.

“Only high-rise apartment users need to utilise chargers at work or in public places such as malls. This is where we play an important role to ensure that the electricity supply is stable, adequate and reliable,” TNB said.

The Deloitte Global Automotive Consumer Study 2021 on consumer concerns about owning EV highlighted that 35% of respondents in Malaysia complained about the shortage of charging infrastructure.– HAFIZ SOHAIMI/THESUN