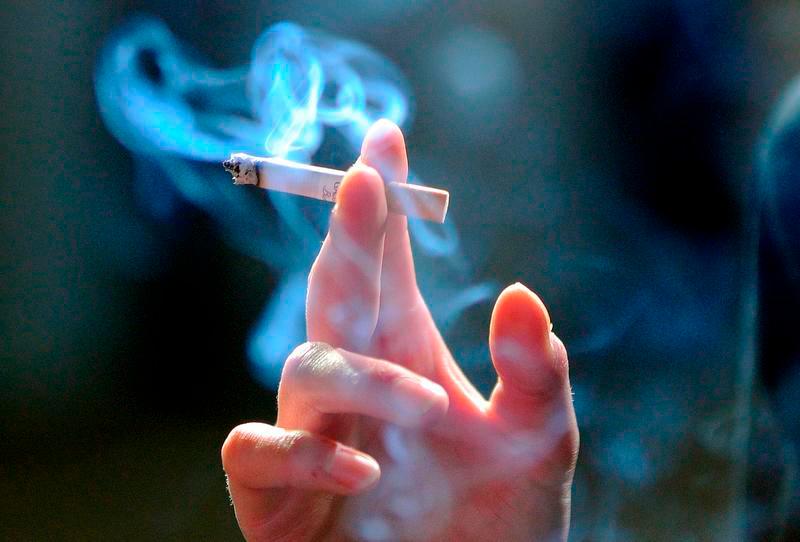 KUALA LUMPUR: The Ministry of Health’s decision to introduce new legislation to address the smoking habit, through a strategy termed as Generational Endgame (GEG), is seen by experts and activists as a timely move.

Health Minister Khairy Jamaluddin is expected to table the proposed law in the Dewan Rakyat in July. On Feb 17, he announced that a new Act will be introduced to, among other things, ban smoking and possession of tobacco products, including vape, for the generation born in and after 2005.

Khairy had said that the high cost of treating diseases associated with smoking was among the factors that drove the government to initiate the bold move.

Associate Prof Dr Mohamad Haniki Nik Mohamed, who is the leader of Sustainable Smokefree Campus Community Flagship at the International Islamic University Malaysia, said GEG has what it takes to mitigate the onset of the smoking habit and use of tobacco products in a more comprehensive manner over the long run.

He said the tobacco endgame strategy was necessary as a survey in 2017 showed that 13.8 percent of Malaysian adolescents aged between 13 and 17 were smokers.

“Through GEG (and the proposed law), youths aged 17 (and below) now will not have access to purchasing and using tobacco products. The impact of this strategy will be visible in the long run,” he told Bernama.

Mohamad Haniki, who is also president of the Malaysian Association of Adolescent Health and has been actively involved in advocating tobacco control measures, said current anti-smoking strategies have not shown to be effective in reducing the prevalence of smoking, which now stood at around 20 percent among adults in this country with the number of smokers hitting five million.

He said each year over 20,000 Malaysians succumb to various diseases associated with smoking, particularly cardiovascular and respiratory disorders and cancer.

“The cost of treating these three disorders alone is estimated at RM3 billion (a year)...actually there are more than 30 types of smoking-related illnesses. So, the actual treatment costs borne by the government are far higher,” he shared.

He said if the legislation proposed by the government is not enacted and implemented, Malaysia may possibly experience a hike in the number of new smokers among adolescents and children who will make up the next generation of smokers.

He added that the support of all parties, including ensuring no interference from tobacco industry players, would be required in order to realise the goal of GEG, which is to reduce the number of new smokers.

Meanwhile, Universiti Putra Malaysia School of Business and Economics dean Associate Prof Dr Norashidah Mohamed Nor said the cost of treating diseases caused by the smoking habit is expected to escalate by 40 percent in the next 10 years if nothing is done to reduce the number of smokers.

It was reported that in 2020 alone, the treatment costs for smoking-related illnesses totalled a hefty RM6.21 billion.

“These costs did not include the cost of treating diseases caused by the use of electronic smoking (devices) which is gaining in popularity among smokers and also among youths.

“That’s why I am all for GEG... its implementation is timely with its target of bringing down the smoking prevalence to less than five percent by 2040,” she told Bernama.

According to Norashidah, once the proposed law is enforced, it is expected to reduce the number of smokers as well as save treatment costs by 20 percent over the next five years.

However, she added, in order to realise GEG’s objectives, the government will have to overcome several challenges, among them being the availability of contraband cigarettes and resistance from the tobacco industry itself.

Some industry players have claimed that the implementation of the GEG policy will exacerbate cigarette smuggling activities as youths would turn to buying contraband cigarettes to sustain their smoking habit.

Commenting on this, Norashidah said while it is true that the sale of contraband cigarettes is a persistent problem, the tobacco industry’s assumption that GEG will open the door to increased smuggling activities is merely a tactic to oppose the policy.

“We must remember that a portion of the cigarettes smuggled into our nation is used by foreigners working here as they prefer to smoke the cigarettes that come from their countries. In Malaysia, more than 60 percent of those working in the construction sector are foreigners,” she pointed out.

Meanwhile, studies carried out by the Consumers Association of Penang (CAP) revealed that five- to seven-year-old children were exposed to cigarettes when asked by their close relatives to buy cigarettes for them.

According to the association, the shopkeepers’ willingness to sell cigarettes as single sticks has made it possible for children to experiment with smoking.

CAP education officer NV Subbarow said the issue of smoking among children and adolescents is worsening and hoped there will be no delay in the tabling of the proposed law to ban the sale of cigarettes and tobacco products to the generation born in and after 2005.

“If its tabling is delayed, its implementation will also be delayed. We’ve to protect the health of those in that specific age group (born in and after 2005),” he said, adding that the government should also focus its attention on vaping among children and adolescents.

The anti-smoking activist said according to the World Health Organisation, about 16,000 vape flavours are available in the market which, he added, teenagers may find interesting.

“Vaping and e-cigarettes can cause students to become addicted to them,” he said. -Bernama