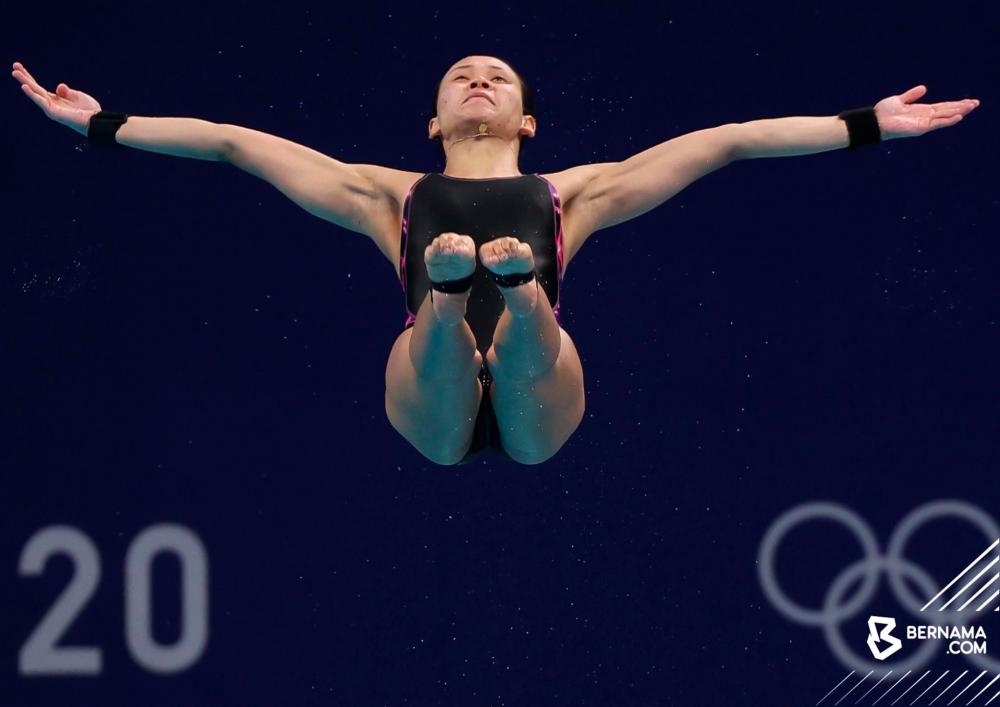 TOKYO: The focus of all Malaysian sports fans will surely be on the combination of Pandelela Rinong(pix)-Leong Mun Yee to deliver the country’s first medal at the 2020 Tokyo Olympic Games when they compete in the diving event today.

After bagging a silver in the women’s 10-metre (m) platform synchronised event with Cheong Jun Hoong at the 2016 Rio Olympics, Pandelela will kick off her Tokyo campaign in the same event with Mun Yee and hopes are high that they will be able to end Malaysia’s wait for a podium finish here.

Commenting on their participation today, Youth and Sports Minister Datuk Seri Reezal Merican Naina Merican believes that being experienced divers, Pandelela and Mun Yee are capable of producing something spectacular.

The Tokyo Games will be Pandelela’s fourth straight Olympic outing since the 2008 Beijing edition. As for Mun Yee, this will be her fifth outing after her earlier participation in the 2000 Sydney, 2004 Athens, 2008 Beijing and 2012 London editions.

In fact, he said Pandelela-Mun Yee’s achievement in qualifying for the Tokyo Olympics by winning a silver in the event by scoring 312.72 points at the 18th FINA Diving World Championships in South Korea in July 2019 puts them in a great position to bag a medal in Tokyo this time.

“Although they will face a stiff challenge from divers from Canada, Great Britain and, of course, China, I believe that it is not impossible for us to get good news from the diving event,” he said when met at the Musashino Forest Sport Plaza yesterday.

Meanwhile, archer Syaqiera Mashayikh will also be in action tomorrow as she’s scheduled to meet Russia’s Elena Osipova in the first round of the women’s individual recurve event at the Yumenoshima Park Archery Field here.

Last Friday (July 23), the archer, who hails from Segamat, Johor, got the first day of the archery event off in style when she improved on her personal best in the ranking round of the women’s individual recurve event.

Syaqiera, 20, ended the competition in 43rd spot out of 64 archers with 630 points to improve on her previous record of 619 points which she achieved at the final Olympic qualifier in Paris last month.

The fourth day of the Tokyo Olympics also proved to be a disappointment for mixed doubles shuttlers Chan Peng Soon-Goh Liu Ying, who ended their Olympic challenge with a whimper after losing their third straight group match 13-21, 19-21 to China’s world number three pair of Wang Yilyu-Huang Dong Ping yesterday.

On the fifth day of the Games tomorrow, women’s singles ace Soniia Cheah will begin her campaign against Hungarian Laura Sarosi in Group N while women’s doubles pair Chow Mei Kuan-Lee Meng Yean, who have lost their opening two games, will wrap up the Group A fixtures against Great Britain’s Chloe Birch-Lauren Smith.

In sailing, Khairulnizam Mohd Afendy will continue with Race 4 and Race 5 in the men’s Laser Standard event while Nur Shazrin Mohamad Latif will compete in Race 5 and Race 6 of the women’s Laser Radial event at the Enoshima Yacht Harbour today.

Unfavourable wind conditions proved to be the bane of Khairulnizam and Nur Shazrin as they struggled to get going in their respective sailing events yesterday.

Khairulnizam is in 27th place out of 35 competitors with 40 points after three races while Nur Shazrin 17th out of 44 participants with 42 points after four races. -Bernama