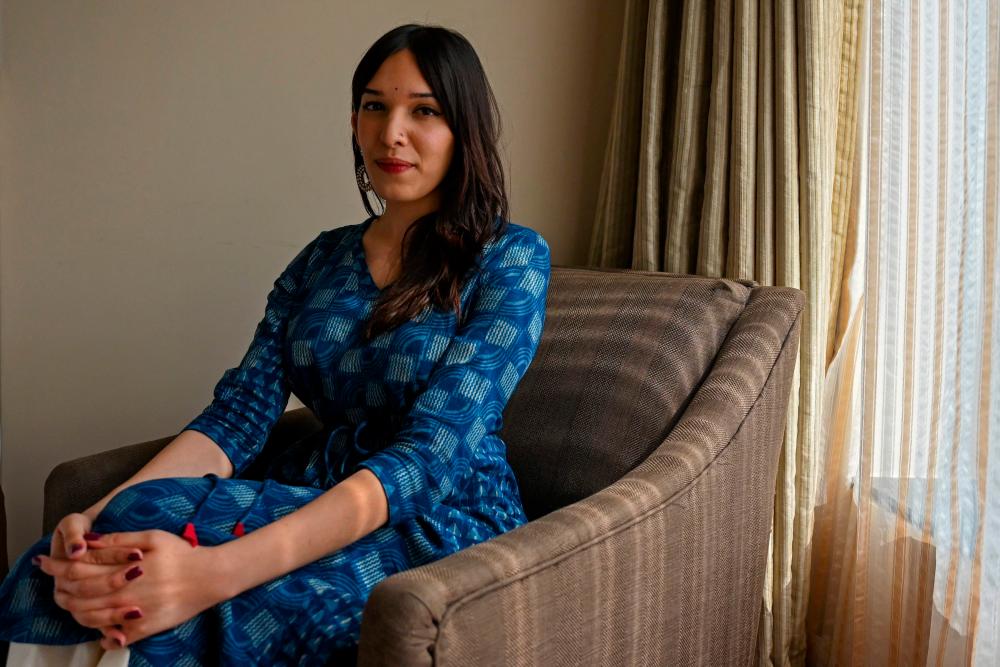 MUMBAI: Transgender activist, surgeon in training and Instagram influencer: at just 24, Indian doctor Trinetra Haldar Gummaraju has worn many hats. But one thing has remained constant.

“I was always the woman I am,“ she told AFP.

But few saw her as she wanted to be seen. Instead, from the age of four, Gummaraju was bullied and shamed every time she tried on her mother’s sarees or high heels or did anything deemed feminine.

“My parents saw me as a deficient male,“ said Gummaraju, who is interning at KMC Manipal, one of the country’s top teaching hospitals.

Older boys molested her, schoolteachers humiliated her and a psychiatrist advised her family to expose her to “more masculine influences”.

No one considered the possibility that she was transgender. Especially not Gummaraju.

“I didn’t even let myself question my gender identity because transgender people have such a negative image in this country -- they are seen as scary, abusive, dangerous.”

Despite the fact that the vast majority of Indians worship Hindu gods who routinely shape-shift from male to female, the transgender community is largely exiled to the margins of society, with many forced to take up begging or sex work.

By the time Gummaraju was a teenager, her self-hatred -- reinforced by social mores -- had deepened to such a degree that she had begun to self-harm.

Hope arrived in the form of admission to medical school, an accomplishment that evoked a grudging respect even from those who had shunned her.

There, she found a more supportive community including a therapist who gently urged her to experiment with gender expression.

Then there was Instagram -- “an online space where I could be myself”.

Today, she has over 220,000 followers, but her early posts sparked a backlash from conservative professors and some fellow students.

She persisted, eventually coming out as transgender, first to her now-supportive family, and then on Facebook to hundreds of people.

The transition began with a new name, Trinetra -- after a fierce Hindu goddess -- followed by hormone replacement therapy in 2018 and surgery in February 2019.

It was a euphoric time, she recalled, even as she was advised bed rest for a month to recover.

“To see your body change shape -- it’s like a fog is being lifted”, she said.

“I could recognise myself in the mirror.”

Some of the side effects were unforeseen -- and troubling.

“It is so unfortunate that one of the things that made me realise I was now a woman... was catcalling and being groped”, she said.

She also encountered rape threats when she posted glamorous selfies, something which cisgender women -- those whose gender identity matches the sex they were assigned at birth -- could relate to.

“I have experienced a lot of common ground with cisgender women,“ she said.

But the increasingly fractious debate over transgender rights threatens to make her community’s existence even more precarious, she said, with some cisgender feminists in the West calling for women-only spaces to be restricted to those who are biologically female.

After hospital security forced her to exit a women’s bathroom in 2017, Gummaraju developed a urinary tract infection because she abstained from drinking water for hours to avoid using a public toilet again.

“Some women don’t seem to understand that we are not cisgender men. We are not the ones who are a threat to you,“ she said.

“The fear-mongering has to stop.”

Despite the many challenges faced by the community, she hopes her rising profile will help younger transgender people realise that “life does get better”.

“As doctors, we know human beings are resilient by default. Have faith in your ability to heal.”-AFP