Tsunoda to stay at AlphaTauri for a third season in 2023 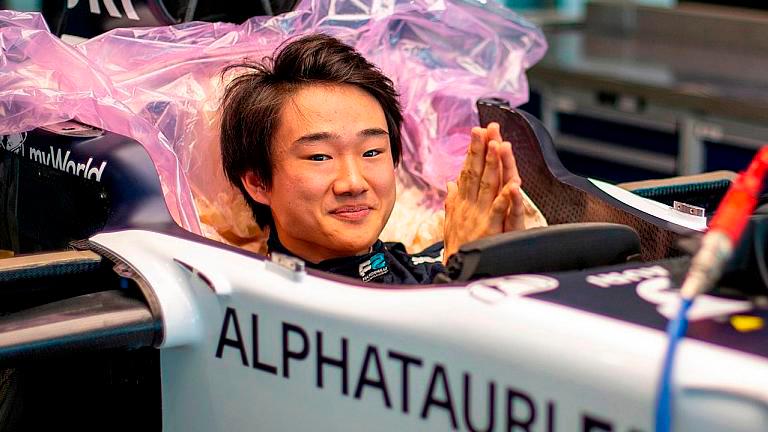 JAPANESE driver Yuki Tsunoda (pix) will race for AlphaTauri for a third season in 2023, the Red Bull-owned Formula One team said on Thursday.

The Honda-backed 22-year-old is currently 16th in the championship with 11 points from 16 races, half the number of points scored by team mate Pierre Gasly.

“Having moved to Italy last year, to be closer to the factory, I really feel part of the team and am glad that I get to carry on racing with them in 2023,“ Tsunoda said in a statement.

“Of course, our 2022 season isn’t over yet and we’re still pushing hard in the midfield battle, so I’m fully focused on finishing it on a high and then we will look forward to next year.”

Team boss Franz Tost said Tsunoda had improved a lot this year and had shown “clear evidence of a steep learning curve, which proves he deserves a seat in F1”.

“I still expect some strong results from him in the last six races of 2022,“ he added. “As I always say, a driver needs at least three years to fully get to grips with Formula One, so I’m pleased he’s been given the time to show his full potential.”

AlphaTauri also have Gasly under contract for next year but the experienced Frenchman's situation remains uncertain as a key figure in the driver market.

Renault-owned Alpine have been interested in signing him as a replacement for double world champion Fernando Alonso, who is joining Aston Martin, but Red Bull will only let Gasly go if there is a strong alternative.

American Colton Herta was one such candidate but the IndyCar driver lacks the mandatory super-licence.

Dutch driver Nyck de Vries, who finished ninth on his debut with Williams at Monza as a stand-in for Alex Albon this month, has also been talking to both Alpine and Red Bull. -Reuters 5.Azeem dips below 21 seconds to finish fifth in Japan