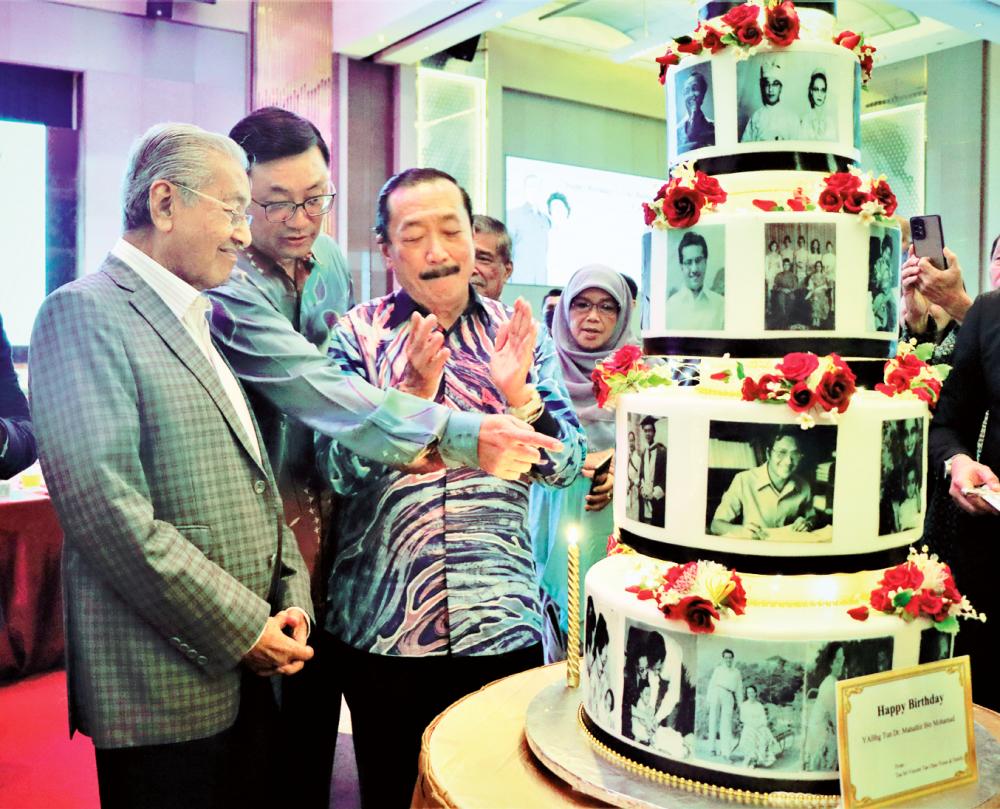 At a glittering party he hosted to celebrate Mahathir’s 97th birthday and Tun Dr Siti Hasmah Mohamed Ali’s 96th birthday at Berjaya Times Square Hotel in Kuala Lumpur on Friday, Tan said the former prime minister, who served twice for almost 24 years, is blessed with an incredibly sharp mind while his legendary work ethics have not diminished.

“Tun’s nation-building legacy has benefited millions of Malaysians who enjoy a better standard of living, for which our citizens owe him a debt of deep gratitude,” he told a large gathering of guests who included Terengganu Mentri Besar Datuk Seri Dr Ahmad Samsuri Mokhtar and 13 ambassadors and high commissioners of foreign missions.

Tan said as proof of Mahathir’s longevity of service, the Langkawi MP is already gearing up for the next general election as the leader of his party, which speaks volumes about his commitment and boundless energy.

Mahathir put Malaysia on the world map with the Petronas Twin Towers and hosted the Formula 1 event at Sepang for many years. This in addition to the new federal government administrative centre at Putrajaya, the new township of Cyberjaya and the KL International Airport.

“As the architect of the national car Proton and Perodua projects, Tun made possible private car ownership for many Malaysians who would otherwise not have been able to buy a car,” he said.

Tan said during Mahathir’s second stint as prime minister, he opened up the democratic space for ordinary Malaysians and brought with it renewed hope, upholding the rule of law and the sanctity of the nation’s institutions.

“I hope these noble values will continue to be upheld and entrenched by our national leaders for the betterment of all Malaysians and our beloved nation.

“Tun, I want to thank you very much for being the friend and mentor that you have been to me all these years. I truly value and appreciate it. You and your beloved wife have my highest and deepest respect,” Tan added. 2.Meeting with MOF next week to discuss 5G, DNB: Fahmi