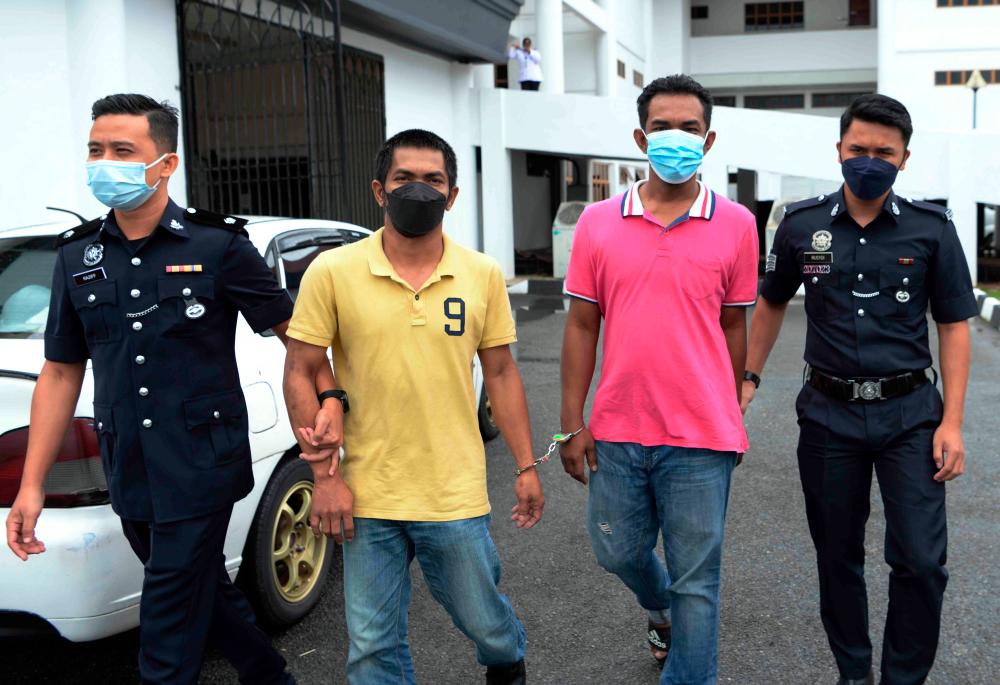 Magistrate Siti Norhidayah Mohd Noor handed down the sentence on Mohd Nain Ismail, 38, a farmer and Asmadi Abu Hassan, 41, a carpenter, after they pleaded guilty to committing mischief by splashing paint on a house and intimidating a 50-year-old woman by putting up a debt warning notice.

They had committed the offences at a house in Taman Desa Anggerik, Jalan Perak here at 2.39 pm on Sept 10.

The court subsequently fined Mohd Nain and Asmadi RM3,000 for each charge.

The duo were later fined RM6,300 each by Magistrate Muhammad Zul Hilmi Latif after they pleaded guilty to criminal intimidation and causing mischief to a man by splashing paint on his house and pasting a threatening notice at the house.

Both offences were committed at a house in Kampung Burhan, Jalan Langgar here at 2.11 pm on Sept 10.