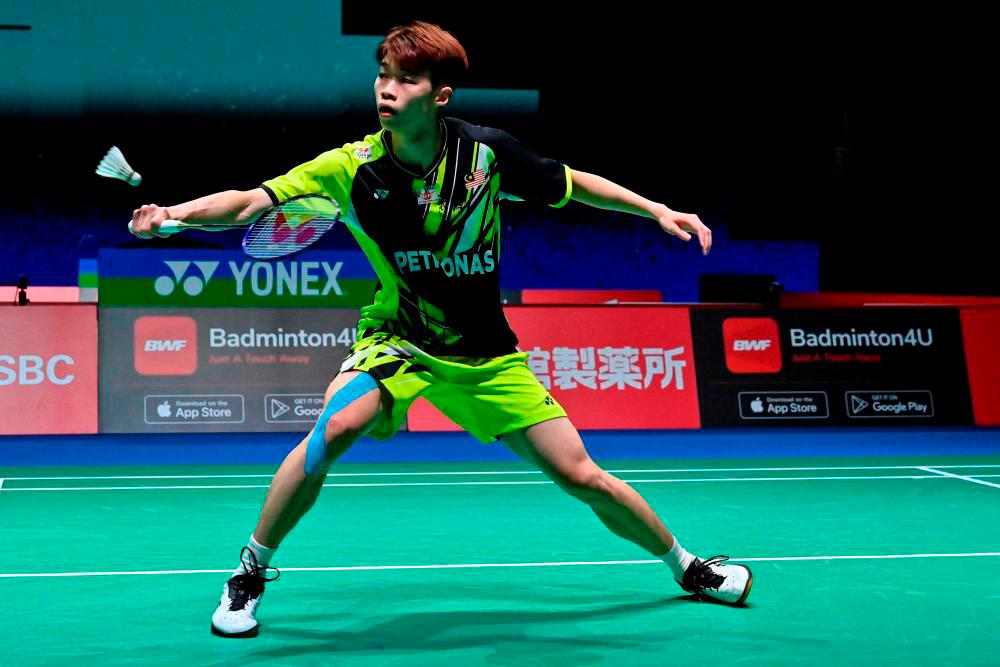 The 22-year-old Tze Yong, of Johor, sealed his spot in the final after ousting 2018 Perak edition silver medallist Aidil Sholeh Ali Sadikin of Selangor 21-14, 21-15 in the last four today.

Tze Yong, who lost to eventual champion Tan Jia Wei of Penang as early as in the second round in the 2018 edition, however, is taking a cautious approach for tomorrow’s title showdown against Jun Hao.

“Today, Aidil played very well to pressure me, but I think I handled it well. The match against Jun Hao will be tough... his speed is his advantage, so I’ll have to handle that if I want to win,” said Tze Yong, who is gunning for his first Sukma gold medal.

Jun Hao, who is featuring in his second Sukma, vowed to fight to the end to help the Federal Territories meet their gold medal target.

“I did not set any target and I’m now in the final. I am hoping to win, of course. Yes, we are (national) teammates and we both know each other’s game. So, whoever performs on match day will win,” said Jun Hao.

Meanwhile, Selangor have confirmed both the women’s singles gold and silver medals after Siti Nurshuhaini Azman and K. Letshanaa set up a showdown.

National shuttler Siti Nurshuhaini, 18, advanced to the final after staging a fightback to beat giant-killer Amanda Yap Hwa Leng of the Federal Territories 15-21, 21-11, 21-13 in the semi-finals. Amanda had stunned top seed Eoon Qi Xuan in the second round.

“I had a problem controlling the shuttle in the first game due to the draught. It affected my confidence and I had to change my tactics. I was under a little pressure being a national shuttler... I had to give it my best,” said Siti Nurshuhaini.

Letshanaa, who is playing competitively for the first time since quitting the national team earlier this year due to a back injury, stunned Penang’s fourth-seeded Tan Zhing Yi 22-20, 21-17 after a hard-fought 46-minute battle.

“Today was a tough match and tomorrow will be another tough one. I lost to her when we last met at the 2021 Czech Open in October. So, I am looking forward to the final here. I feel very proud because both of us from Selangor have made the final... but that doesn’t mean we’ll take it easy, we will both go all out,” said Letshanaa, 19.-Bernama