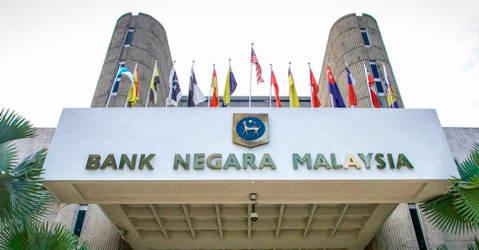 DESPITE Klang Valley having undergone prolonged lockdown for more than three months, there’s no clear sign of recovery.

In addition, Klang Valley recorded slightly more deaths compared with the rest of the country.

Although Operation Surge Capacity in the Klang Valley marked a great success, quick vaccination progress has not helped to counter the adverse impacts from the prolonged lockdown.

It has constrained movement among workers in the Klang Valley, especially those who earn a living through low-skilled or semi-skilled jobs. They require physical presence to perform their job.

There’s also the concern that if more people become unemployed over the next few months, the more drastic the fall in GDP growth will be in 2021.

There’s a direct correlation between unemployment rate and GDP growth, as per Okun’s Law for example, which states that for every 1% drop in employment, there’s a 2% drop in the GDP growth rate in general.

With the current unprecedented crisis, the magnitude of Okun’s Law could well be strained, i.e., going beyond the standard constant ratio.

Our unemployment is expected to reach 5% and above by end of the year. If so, it would be highly plausible for unemployment to increase by nearly one percentage point then.

Lower GDP growth results from lower production and investment together with consumption, and by extension, higher unemployment.

At the state level, the correlation would translate into a coefficient (constant ratio) that is higher and which might vary across states due to differing underlying economic fundamentals.

For Selangor, which is manufacturing-dependent, its GDP contracted to -5.3%. This corresponded to unemployment growing by 1.4%.

For KL, which is services-dependent, its GDP declined to -7.5%.

Although the government introduced numerous initiatives to enhance employability among Malaysians over the one year of fighting against the Covid-19 pandemic, a dire economic outlook continues to provide uncertainty in the job market.

As of 2020, Selangor and KL remained the highest contributors to the national GDP – a total contribution of 40.4%.

With the expectation of more business closures and job losses in the Klang Valley in the next few months, Malaysia’s 2021 GDP growth forecast could even be lower as alluded to in the forecast by BNM.

Such a phenomenon of gloomy employment prospects is already reflected in the latest unemployment figure from the Statistics Department, whereby a total of 768,700 individuals remained unemployed in June.

Compared with May (4.5%), the overall unemployment rate in June climbed to 4.8%, an increase of 0.3 percentage points.

However, as Malaysia’s labour market comprises mostly semi-skilled and low-skilled jobs, it would be challenging, especially for fresh graduates with bachelor degree qualifications, to secure a high-skilled/well-paid job in the current climate.

On the other hand, unemployment is expected to reach 900,000 or more by the end of the year.

Therefore, to ensure a GDP growth outlook of 5% and above for 2021 and beyond, the government would have to prioritise job creation – directly and indirectly – in the Klang Valley where nearly one-third of our population is concentrated.

The government should focus on ensuring “flattening of the curve” for the unemployment figures (from H1) for the second half of the year (H2).

Following are some policies for the government to consider:

0 To lower the vaccination threshold from 80% to 70% herd immunity in the retail industry with a focus on the Klang Valley as sufficient, e.g., for a shopping mall to be a “green bubble”, suggested by Malaysia Shopping Malls Association (PPK) president Tan Sri Teo Chiang Kok. This would enable the retail industry to reopen sooner than later.

This would, by default, extend to the contract doctors and medical officers. We need more doctors, nurses, auxiliary staff such as ambulance drivers and paramedics as well as contact tracers.

In addition, we need more personnel to ramp up our vaccination rates – that will enable the creation of more PPVs (vaccination centres) to avoid crowding and for mobile distribution.

We also need frontliners to continuously monitor and check on prices of (essential/controlled and non-essential/non-controlled) items across the entire supply chain, especially in urban areas, and as part of an early warning system as well.

Other schemes would include absorbing technical and vocational education and training and engineering graduates for government-linked companies (GLC) in the production and deployment of green and renewable technologies.

0 Develop targeted incentives to attract high-tech foreign direct investment (FDI) that will integrate the domestic supply chain, promote spillover in terms of technology transfer and developing a new breed of entrepreneurs and technopreneurs, including in the critical areas of food security and smart farming as well as electric vehicles, etc.

In addition to creating jobs through FDI, the integration and localisation of the domestic supply chain, including through creating new entrepreneurs and technopreneurs will also create jobs, especially high-tech ones, along the entire streams (down, mid and upper).

The domestic supply chain would receive support and backing under e.g., the National Entrepreneur Group Economic Fund (Tekun Nasional) of the Ministry of Entrepreneur Development and Cooperatives.

The unemployed could also be retrained and reskilled under the National Institute of Entrepreneurship geared for the high-tech industries.

The focus of these FDIs would be in the Klang Valley (together with other high-growth areas such the Northern Economic Corridor Region with Penang as the lynchpin, and Iskandar Malaysia).

Driving economic growth in the Klang Valley as fulcrum would serve as impetus and catalyst for overall GDP growth altogether.

Jason Loh and Amanda Yeo are part of the research team of EMIR Research, an independent think tank focused on strategic policy recommendations based on rigorous research. Comments: letters@thesundaily.com