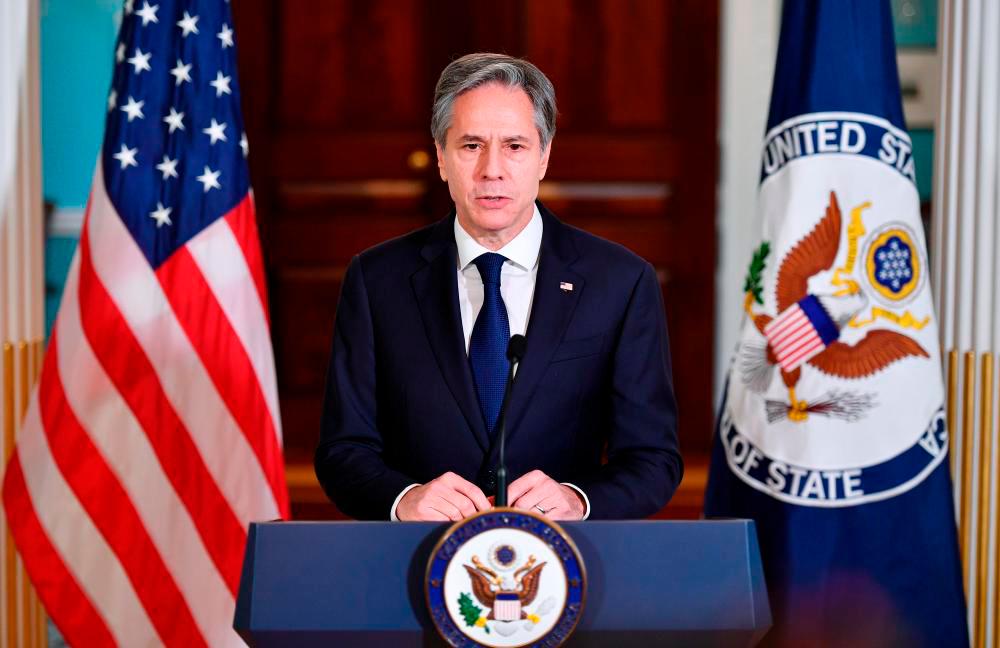 WASHINGTON: The United States slapped fresh sanctions on a dozen Iranian officials and entities for “serious” human rights abuses Tuesday, ahead of the expected resumption of nuclear talks with Tehran after they halted last week without any concrete progress.

The sanctions announced by the Treasury and State Department targeted government officials and organizations involved in the repression of protesters and political activists, and prisons where activists have been held in brutal conditions.

The Treasury also placed several Syrian officials on its sanctions blacklist for their roles in political repression and chemical gas attacks, and Uganda's military intelligence chief was hit with sanctions for extreme abuse of people arrested for their nationality or political beliefs.

The announcement came ahead of the Washington-hosted Summit for Democracy later this week, billed as a push to promote more free and open societies.

“The United States is committed to promoting democracy and accountability for those who abuse human rights around the world,“ said Secretary of State Antony Blinken in a statement.

“The United States will utilize its full range of tools to highlight and disrupt these abuses of human rights,“ he said.

The Iranian sanctions singled out officials and entities involved in brutal crackdowns on protests in 2009 and 2019, including Hassan Karami, the commander of the LEF Special Units, which are focused on crowd control and protest suppression, the Treasury said.

Also named was Gholamreza Soleimani, who commands the Basij, the country's Islamic militia also involved in the deadly 2009 and 2019 crackdowns.

Security officials considered responsible for other harsh attacks on opponents of the regime of Syrian President Bashar al-Assad were also named.

“These senior officials and the organizations they are associated with have imprisoned hundreds of thousands of Syrians who peacefully called for change. Moreover, at least 14,000 prisoners in Syria have allegedly died as a result of torture,“ the Treasury said.

The Ugandan hit with sanctions was the commander of the Chieftaincy of Military Intelligence, Major General Abel Kandiho.

People arrested by Kandiho’s bureau “were subjected to horrific beatings and other egregious acts by (military intelligence) officials, including sexual abuse and electrocutions, often resulting in significant long-term injury and even death,“ the Treasury said.

The US Treasury “will continue to defend against authoritarianism, promoting accountability for violent repression of people seeking to exercise their human rights and fundamental freedoms,“ said Andrea Gacki, head of the Treasury’s sanctions office.

The expansion of the broad US sanctions on Tehran came after the first direct negotiations on limiting Iran's nuclear program in five months failed to make headway, with both sides blaming the other for unwillingness to give ground.

But talks are to resume on Thursday, Tehran's main negotiator said during a visit to Moscow.

“I deemed it necessary at this stage to consult the Russian authorities in order to continue the talks in a constructive atmosphere,“ Ali Bagheri, Tehran’s chief nuclear negotiator, said on Tuesday according to Iranian state television’s Iribnews website.

A US official was cautious about the next round.