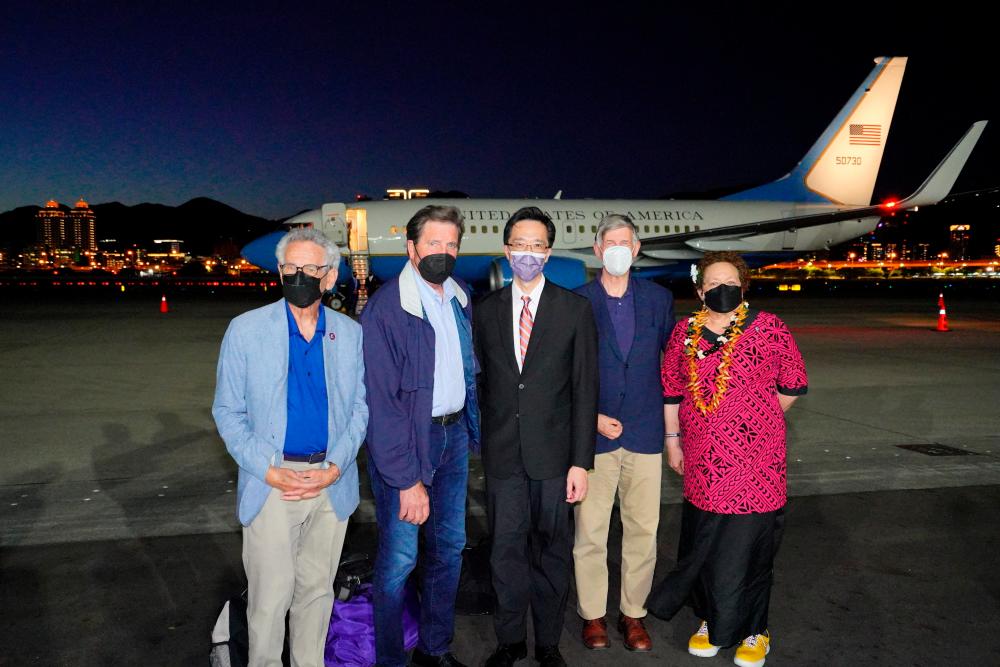 TAIPEI: A U.S. lawmaker delegation arrived in Taiwan on Sunday for a two-day visit during which they will meet President Tsai Ing-wen, the second high-level group to come amid continued military tensions with the island’s giant neighbour China.

Beijing, which claims democratically governed Taiwan as its own territory, has been holding military drills around the island to express its anger at this month’s visit to Taipei by U.S. House Speaker Nancy Pelosi.

The de facto U.S. embassy in Taipei said the delegation is being led by Senator Ed Markey, who is being accompanied by four other lawmakers on what it described as part of a larger visit to the Indo-Pacific region.

“Especially at a time when China is raising tensions in the Taiwan Strait and the region with military exercises, Markey leading a delegation to visit Taiwan once again demonstrates the United States Congress’ firm support for Taiwan,“ it said in a statement.

Taiwan’s Foreign Ministry published pictures of four of the group being met at Taipei’s downtown Songshan airport having arrived on a U.S. air force transport jet, while Markey arrived at the Taoyuan international airport.

While China’s drills around Taiwan have abated, it is still carrying out military activities.

Taiwan’s Defence Ministry said on Sunday it had detected 22 Chinese aircraft and six naval ships in and around the Taiwan Strait.-Reuters