US report warns of threats from white supremacists, militias 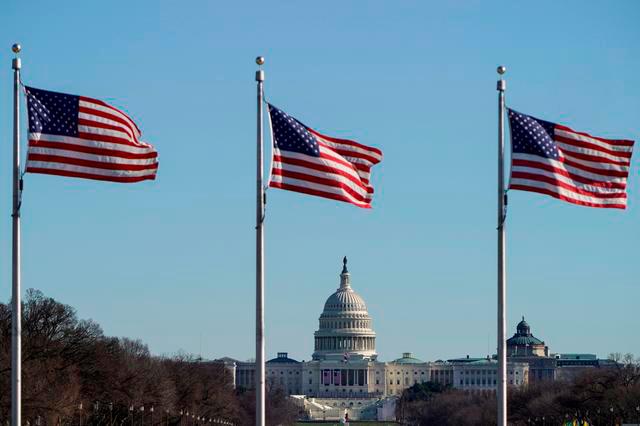 WASHINGTON: US spy agencies warned yesterday of an ongoing threat that racially motivated violent extremists, such as white supremacists, will carry out mass-casualty attacks on civilians while militia groups target police and government personnel and buildings.

Agencies contributing to the assessment by the Office of the Director of National Intelligence included the FBI, the Department of Homeland Security and the National Counterterrorism Center.

The assessment said extremists who promote white racial superiority have potentially frequent communications with extremists abroad who hold similar ideological beliefs and each seeks to influence the other.

The agencies said that recent political and social developments ― such as claims by Republican former President Donald Trump and his supporters about fraud in November’s US presidential election, restrictions related to Covid-19, fallout from the January 6 US Capitol riot, and conspiracy theories ― “will almost certainly spur” some domestic extremists “to try to engage in violence this year.”

Other domestic extremist categories which concern government investigators include animal rights and environmental activists, anti-abortion protesters, anarchists and people who call themselves sovereign citizens who “believe they are immune from government authority and laws,” the agencies said.

Citing the report, House Intelligence Chairman Adam Schiff, a Democrat, said in a statement that while lone actors posed some of the most difficult challenges to detect, the violence also involved sophisticated cells and plots.

US far-right and white supremacist groups sharply stepped up their distribution of racist or anti-Semitic fliers, posters banners and other forms of physical propaganda last year, according to a study released on Wednesday by the Anti-Defamation League. ― Reuters

Pix for representational purpose only.― Reuters

1.Pandelela should be applauded and not questioned, says MP

3.Measures to prevent Covid-19 spike during Malacca election among focus in parliament today

5.US envoy says Iran nuclear deal effort is at a ‘critical phase’