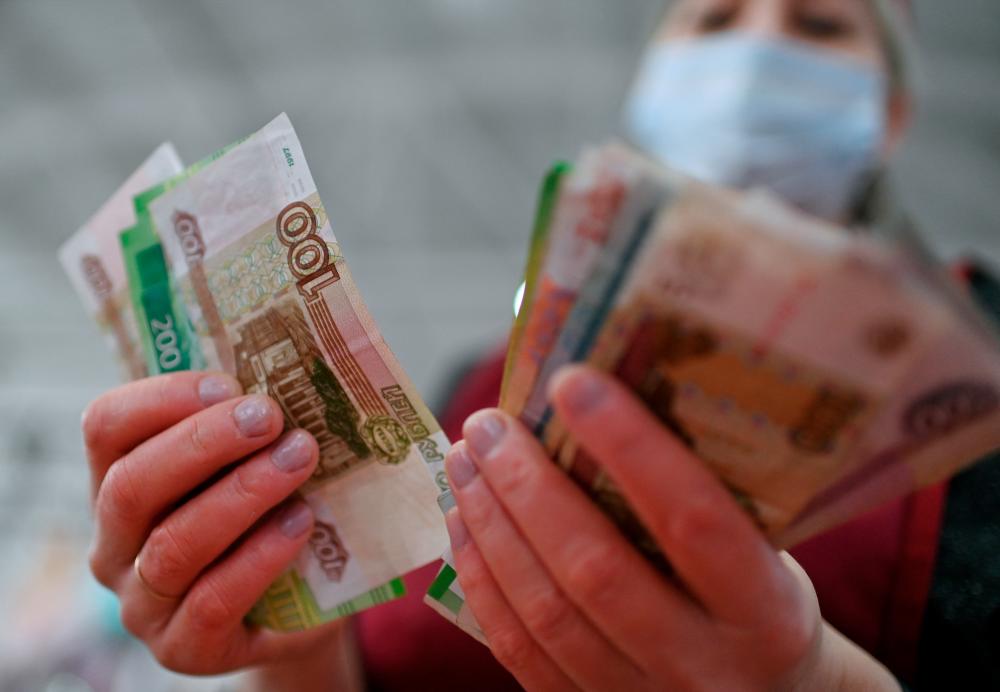 WASHINGTON: The United States will end an exemption allowing Russia to pay foreign debt held by American investors with funds held in Russia, the US Treasury said yesterday, a move that could push Vladimir Putin’s country closer to default.

The US Treasury Department said on its website yesterday it would not extend a licence, set to expire at 0401 GMT today, allowing Russia to make payments on its sovereign debt to US persons. The waiver had allowed Moscow to keep paying interest and principal and avert default on its government debt.

Russia has almost US$2 billion (RM8.78 billion) worth of payments falling due up to the year-end on its international bonds.

The next one, on Friday, is for €100 million (RM470 million) in interest on two bonds: one requires payment in dollars, euros, pounds or Swiss francs only; the other can be paid in rubles.

According to reports by Reuters and The Wall Street Journal on Friday, the Russian Finance Ministry transferred funds out of the country early to make the payments and avoid default.

Nearly US$400 million in interest is due in late June.

US Treasury Secretary Janet Yellen last week hinted at the move announced yesterday, saying the exemption was put in place to allow financial institutions to adjust but that it was “time-limited”.

Punishing Western sanctions on Russia have largely severed the country from the international financial system, including blocking Moscow’s ability to gain access to funds held in US banks to pay its foreign creditors.

The latest move scraps the final outlet, which was forcing Putin’s government to drain its war chest of reserves to make payments.

Yellen had signalled the default was the goal, part of President Joe Biden’s efforts to intensify the pressure on Putin as the war rages on.

“Russia is not able right now to borrow in global financial markets, it has no access to capital markets. If Russia is unable to find a legal way to make these payments ... they technically default on their debt,” Yellen told reporters last week.

The Russian government has attempted to pay in domestic currency, but many of the bonds do not allow repayment in roubles.

After a 15- to 30-day grace period following a missed payment, the country likely would be declared in default, further deteriorating its financial position and allowing creditors to take legal action to recover the funds.

However, Moscow is still bringing in vast amounts of cash from its energy exports, and is forcing countries in Europe to pay in rubles to avoid sanctions. That situation could change if Europe goes through with an oil embargo, although EU officials have been discussing the issue for weeks without a resolution.

The Russian finance ministry said the country’s foreign debt amounts to between 4.5 trillion and 4.7 trillion roubles (RM341 billion and RM356 billion) – or 20% of the total public debt. – AFP, Reuters