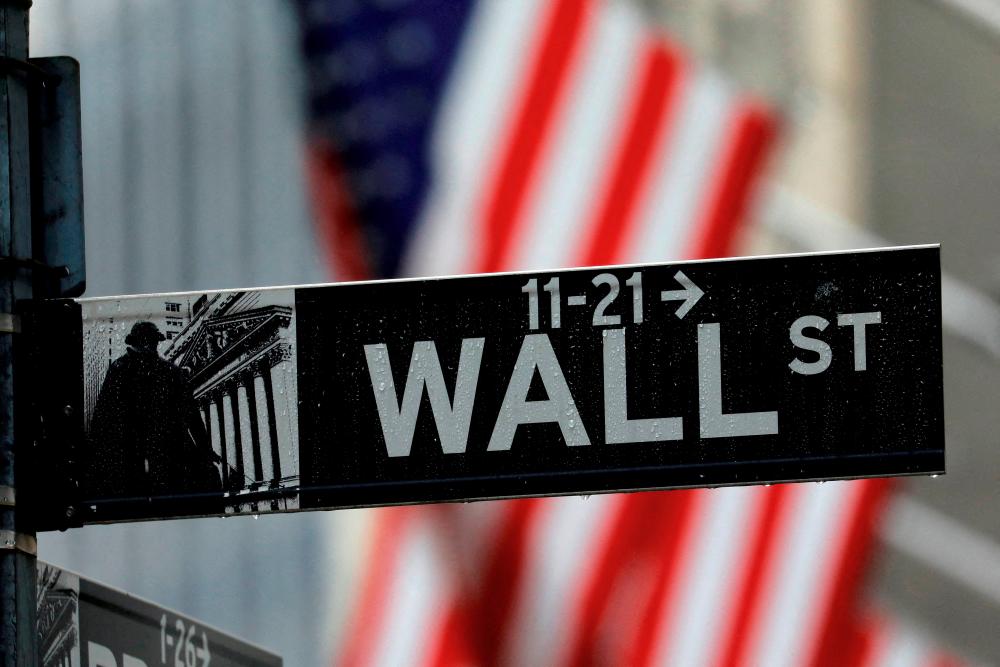 Raindrops hang on a sign for Wall Street outside the New York Stock Exchange. – Reuterspix

NEW YORK: US stocks closed higher on Monday (Sept 19) thanks to a technical rebound and bargain hunting after last week’s nightmarish run.

All three indices had opened in the red on Monday morning, before oscillating back and forth much of the day and finally gaining points before the close.

After flagging Friday, FedEx (+1.17%) was also in demand on Monday, as was Gap (+4.39%), which was hit by a downturn last week after its deal with designer and rapper Kanye West ended.

Briefing.com said the markets also benefited from a technical rebound, with the S&P 500 flipping its direction after nearing a low on Friday.

Investors have their sights fixed on Washington as the Federal Reserve meets on Tuesday (Sept 20) and is expected to announce 75 basis point interest rate increase on Wednesday.

“The market is so oversold, so bearish, so few people optimistic on equities, that there’s very little room for a negative surprise,” Kapyrin said of Wednesday’s announcement, predicting it would be unlikely for investors to react negatively to a rate increase.

Monday also saw a further rise in bond rates, in line with the Fed’s recent moves.

Ten-year US Treasury bonds hit 3.5% for the first time in 11 years.

“We very rapidly have gone from a place where investors have not really seemed to be paying much attention to what the Fed says” to “a really a fitful and sporadic investor reaction” to Fed announcements, US Bank Wealth Management investor Bill Merz said.

He said the market will likely be more sensitive to the Fed’s economic projections on Wednesday than any rate changes.

“This is all about what’s going to happen on Wednesday, and what comes out of the Fed’s hands on Wednesday, so I think people are just going to wait and see until then,” said Josh Markman, partner at Bel Air Investment Advisors.

“We had a poor print when the CPI came in, so the Fed – who is behind the 8-ball – is now trying to get ahead of the curve and curb inflation, and that (awareness) is driving equity markets.”

Reflecting the caution for new bets ahead of the Fed meeting, just 9.58 million shares traded on US exchanges on Monday, the sixth lightest day for trading volume this year.

“The Fed will continue to plough along, we’ll get 75 (bps) on Wednesday, but what comes next and whether they are going to pause or not after Wednesday, that is going to be the interesting part,” said Bel Air’s Markman. – AFP, Reuters