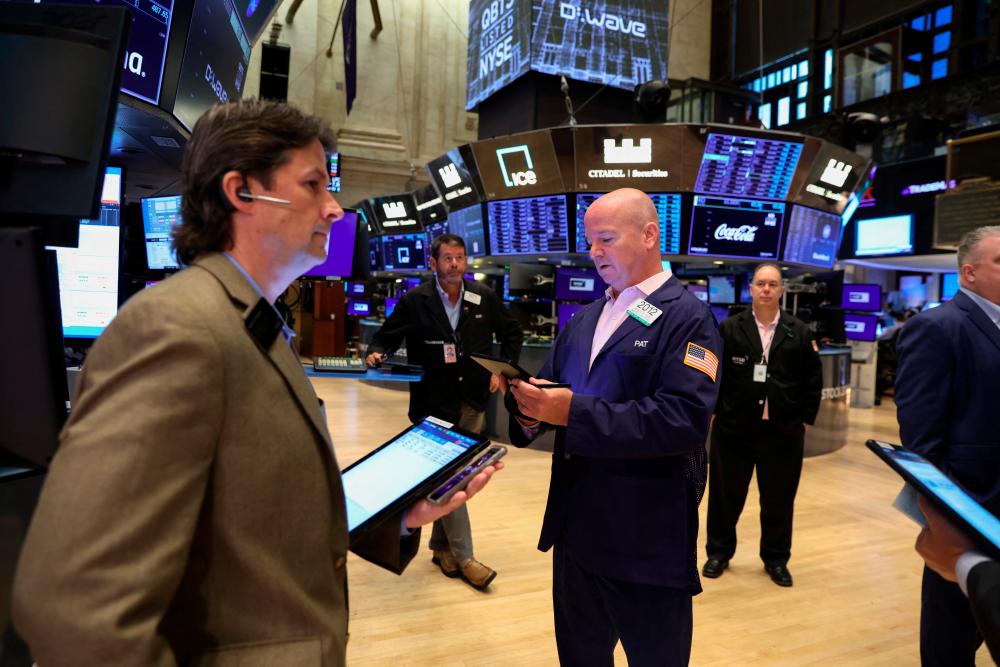 Traders on the floor of the New York Stock Exchange. – Reuterspix

Investors may have been taking advantage of a recent upswing in share prices to cash out before the government reports on July consumer prices on Wednesday, followed by producer prices on Thursday.

While the data are expected to show monthly inflation slowing from June, the annual pace is likely to remain near 40-year highs.

“There is a real concern about what numbers we can get on the inflation tomorrow, Thursday, and even Friday with the consumer sentiment numbers,” said Tom Cahill of Ventura Wealth Management.

“There are a lot of things to look at between now and the end of the week and a lot of profit has been made over the past couple of weeks so I think there is a bit of profit taking going on,” he told AFP.

The three major indices opened in the red and remained there throughout the trading session.

The tech-rich Nasdaq Composite Index lost 1.2% to finish at 12,493.93, pulled down after Micron Technologies became the second big chipmaker to warn of downbeat revenue due to ongoing global supply snarls, following a similar caution by Nvidia on Monday.

“It seems that the technology sector along with the rest of the economy is slowing,” Cahill said.

Micron – which also announced a US$40 billion investment in the US chip manufacturing -- dropped 3.7%, and Nvidia fell 3.9%. – AFP 5.No inspiration yet to dissolve parliament, says PM