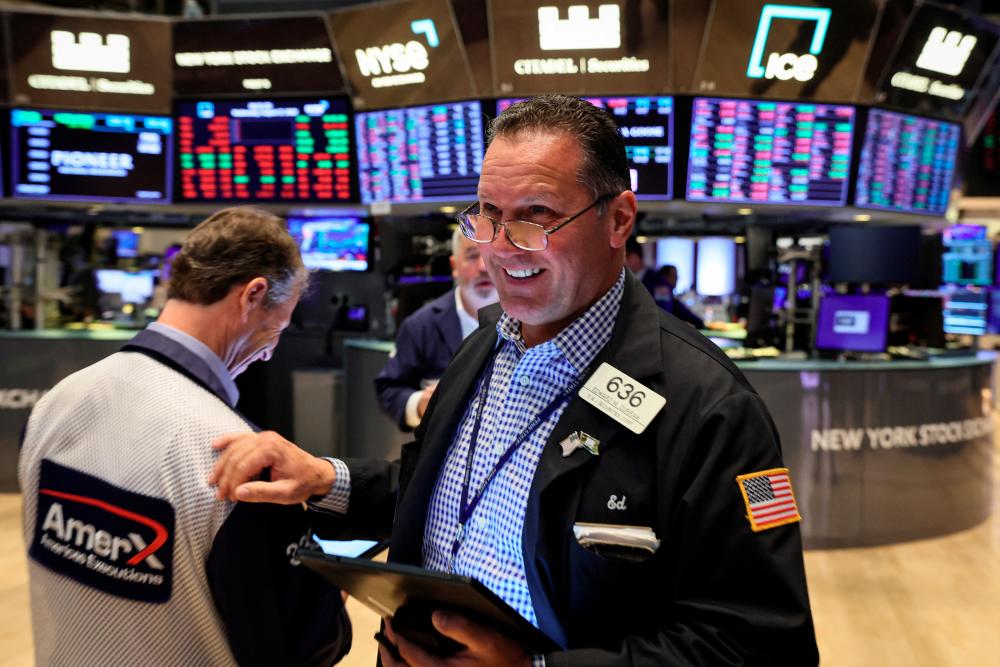 Traders working on the floor of the New York Stock Exchange. A strategist says the US stock market is in the summer doldrums. – Reuterspix

Equities opened lower, amid expectations the market would need to “digest” recent gains, but prices fluctuated throughout the session.

“It’s meandering in low volume for sure,” said Art Hogan, chief market strategist at B Riley Wealth Management, adding that there has been relatively light economic news.

“We’re in the summer doldrums,” he said. “I’m not surprised to see this market action the way it is.”

Investors were still assessing Wednesday’s minutes from the Federal Reserve's July meeting, which they initially saw as supporting a less aggressive stance by the central bank. But the minutes did not clearly hint at the pace of rate increases and showed policymakers committed to raising rates to tame inflation.

“We’re at a point where people are trying to make a judgment about whether the inevitable higher interest rates are going to choke off the upside of the market,” said Rick Meckler, partner at Cherry Lane Investments in New Vernon, New Jersey.

Traders expect a greater chance of a 50 basis point rise in borrowing costs in September instead of a 75 basis point increase for a third time.

Supporting the view that the Fed may need to be more hawkish, data on Thursday showed solid momentum on the US economic front.

The Philadelphia Federal Reserve's monthly manufacturing index rose to 6.2 this month from negative 12.3 in July, topping all 30 estimates in a poll of Reuters economists.