US stocks finish mixed ahead of key jobs report 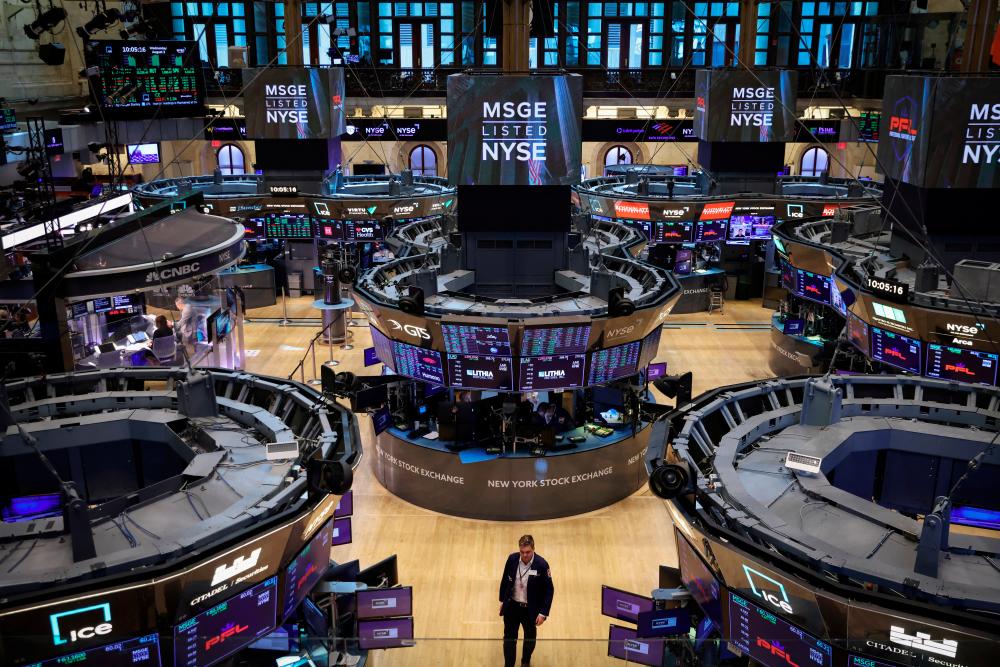 A view of the New York Stock Exchange trading floor. Th US stock market is looking for direction after a strong bounce, says a strategist. – Reuterspix

NEW YORK: Wall Street stocks finished mixed on Thursday (Aug 4) ahead of key US labour data and after the Bank of England (BoE) became the latest central bank to tighten monetary supply due to inflation.

The BoE raised its key interest rate by 0.5 percentage points to 1.75%, its biggest rate increase since 1995. The central bank also forecast a lengthy recession amid uncertainty over energy supply due to the Russian invasion of Ukraine clouds.

The move follows a series of similar steps by other central banks, including the Federal Reserve, which will be scrutinising Friday’s official government jobs data for July.

Uncertainty about the Fed’s plans at its Sept 21 meeting is keeping investors on guard.

“Wall Street has heard enough from the Fed to know that we are stuck in wait-and-see mode for the next 48 days,” said Oanda’s Edward Moya.

“The market is looking for direction after a strong bounce that relieved the deep pessimism that had permeated the markets,” Yung-Yu Ma, chief investment strategist at BMO Wealth Management.

“Many signs indicate that inflation has peaked and the question now turns to how quickly it will come down or whether stickier components will keep it higher than the Fed is comfortable with.” – AFP, Reuters 3.Conte returns to Chelsea with Spurs in a big test for both

4.GIVING UP NOT AN OPTION