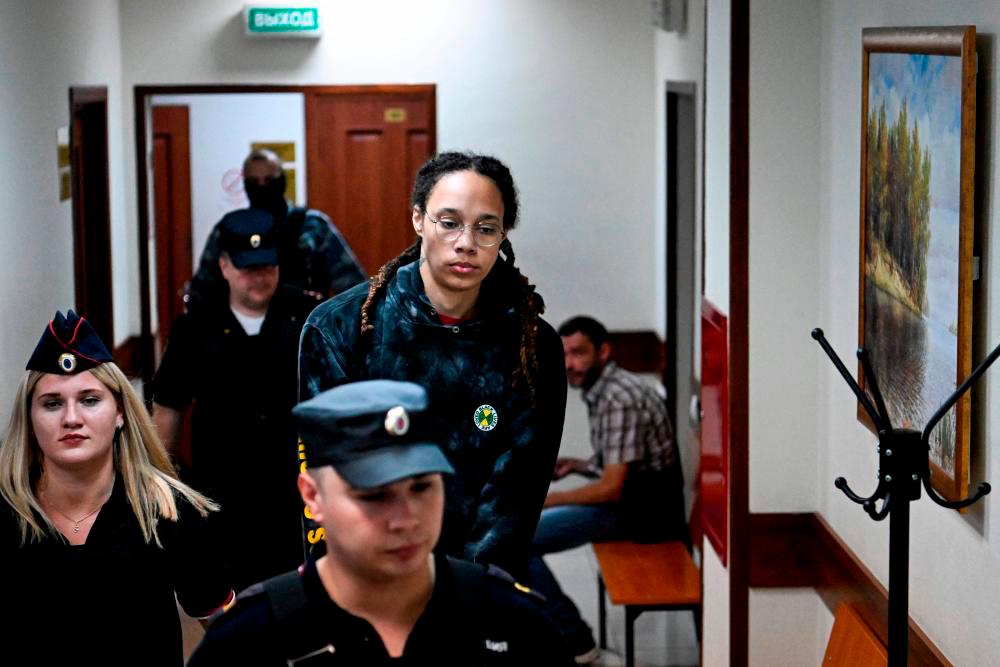 US WNBA basketball superstar Brittney Griner arrives to a hearing at the Khimki Court, outside Moscow on July 26, 2022/AFPPix

“[Russian] Foreign Minister Lavrov said this morning... that they are prepared to engage” on a swap for the detained American, Blinken said at a foreign ministers’ meeting in Cambodia. “And we’ll be pursuing that.”

Moscow's latest offer came a day after the Phoenix Mercury player was sentenced by a Russian court to nine years in a penal colony on a drug smuggling charge.

The arrest and sentencing highlighted Moscow’s “use of wrongful detentions to advance its own agenda,“ Blinken added, slamming the use of “individuals as political pawns”.

The verdict and sentence were widely condemned in the United States as unjustified and sparked urgent calls for the US government to bring Griner home.

Griner's trial accelerated in recent days as the United States and Russia discussed a potential prisoner swap that could involve the basketball star.

The White House urged Russia later on Thursday to accept its offer of a deal for the release of Griner and former US Marine Paul Whelan, who was imprisoned on espionage charges.-AFP