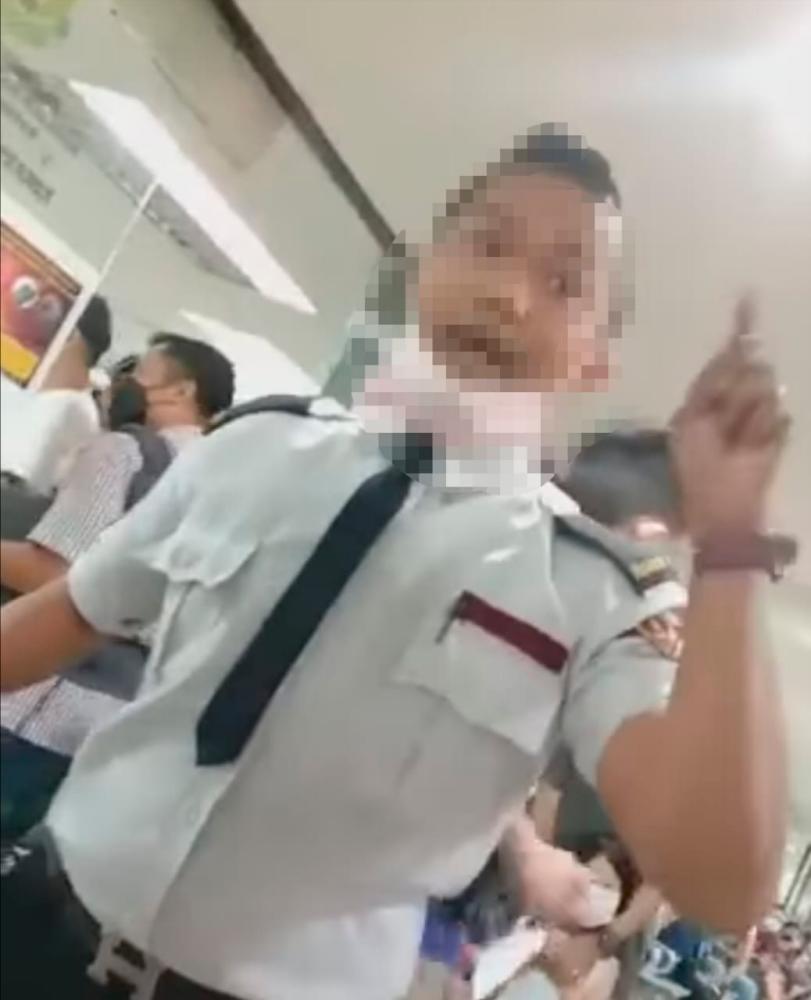 TWO journalists of a news portal were reportedly harassed by a security guard who insisted they leave the premises while they were reporting on long queues at the Urban Transformation Center in Pudu, yesterday.

According to media reports, the reporters had posted a video of the security guard shouting at the top of his voice, demanding that they immediately leave the area outside the UTC immigration office, where people had been queuing up since early morning.

The video was interrupted when the same guard seized a phone belonging to another journalist recording the scene.

In an immediate reaction, the Gerakan Media Marah (Geramm), a group of journalist activists, condemned the actions of the security guard.

In a Facebook post, they said the issue could be resolved professionally, but instead, the guards had committed intimidation and intrusion by taking the reporter’s phone.

Meanwhile, Muda info chief Luqman Long said the reporters were doing their job in the public’s interest and should not be treated that way.