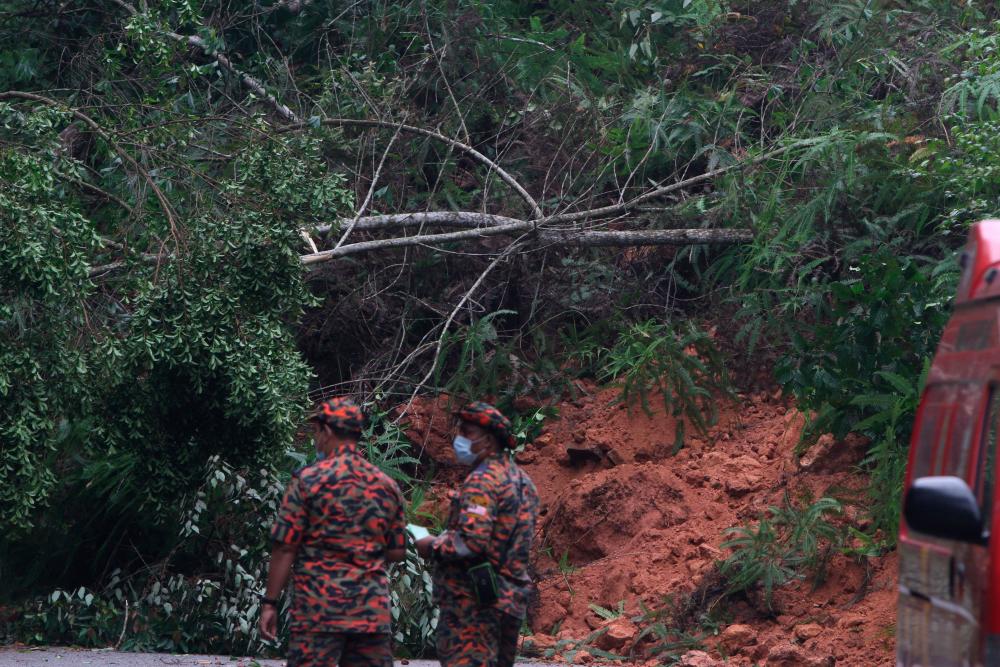 IPOH: Two vehicles are believed to have been buried by a landslide that occurred at Section 27 to Section 30, after Post Raya at Jalan Simpang Pulai-Cameron Highlands here today.

A Perak Fire and Rescue Department spokesman said the department received a call at around 1.44 pm about the incident, which has cut off the main route to Cameron Highlands.

“We immediately mobilised a team from the Simpang Pulai Fire and Rescue station for rescue work and there was a lorry and a car that we believe were buried by the landslide.

“So far, a lorry driver has responded from within the affected area and the team is doing their best to remove the debris and rescue all victims,” he said when contacted by Bernama here today.

The number of victims, however, have not been confirmed so far, he said.

He added that the blocked route had also caused traffic congestion in both directions of the landslide location.-Bernama

2.UK lawmaker says she was sacked from job due to her ‘Muslimness’