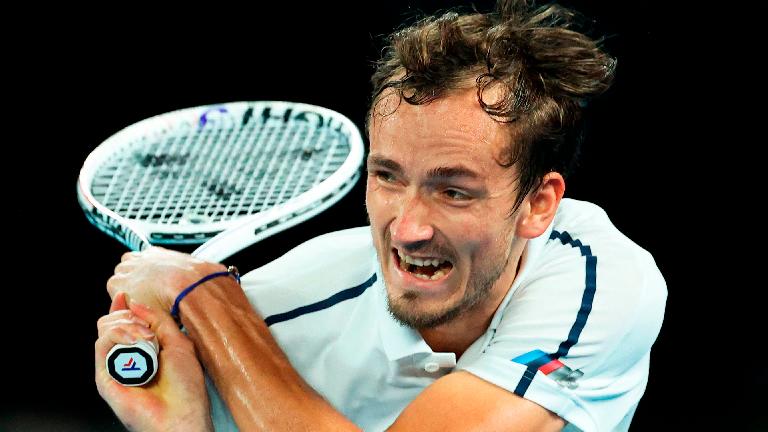 The Russian world No. 2 stretched his record against the Bulgarian to 3-1. Medvedev won the Cincinnati title in 2019 while Dimitrov took the trophy at the key US Open warm-up event in 2017.

Medvedev, the champion in Toronto last weekend, will next face either ninth seed Hubert Hurkacz of Poland or Spaniard Pablo Carreno Busta.

“What makes it tough, it’s two weeks in a row against the best players in the world,” Medvedev said. “I’m still young, healthy and feeling 100%, so that is why I want to try and do it.”

Medvedev had to deal with the draining heat and summer humidity during his 90-minute win. The 25-year-old from Moscow fired a modest seven aces and broke four times.

The moody Frenchman, struggling for motivation at the fan-free events which have characterized much of the Covid-19 tennis era, came alive with the Cincinnati stands at full capacity and masks a rare sight.

Isner, who won the Atlanta title and got to the Toronto semifinals at the weekend, appeared unable to cope with the demanding conditions.

“I’m glad to win. It was not easy out there,” Paire said. “It makes all the difference, though, to play in front of fans.”

Isner began the third set with three double-faults in a row to lose serve and from then on was barely able to lift his racquet against Paire, who has never been this far at Cincinnati.

The 50th-ranked Frenchman worked for almost two and a half hours to advance despite producing 20 double-faults – just three off his all-time “record” of 23 during a first-round loss at the Australian Open in February.

Isner just barely out-aced his opponent 18 to 16 and was hardly able to stretch his racquet in the closing stages as his resources drained away.

In the women’s draw, top-ranked Ashleigh Barty powered into the quarterfinals 6-0, 6-2 over Victoria Azarenka.

The top seed from Australia, playing her first event since an opening-round Tokyo Olympic loss, needed 72 minutes to advance as she works to find hard-court form in her only US Open run-up event.

Two-time grand Slam winner Azarenka won the title a year ago, when it was played in New York on the site of the Open in front of empty stands due to Covid-19 restrictions.

Barty improved to 13-1 over top-20 opponents this season.