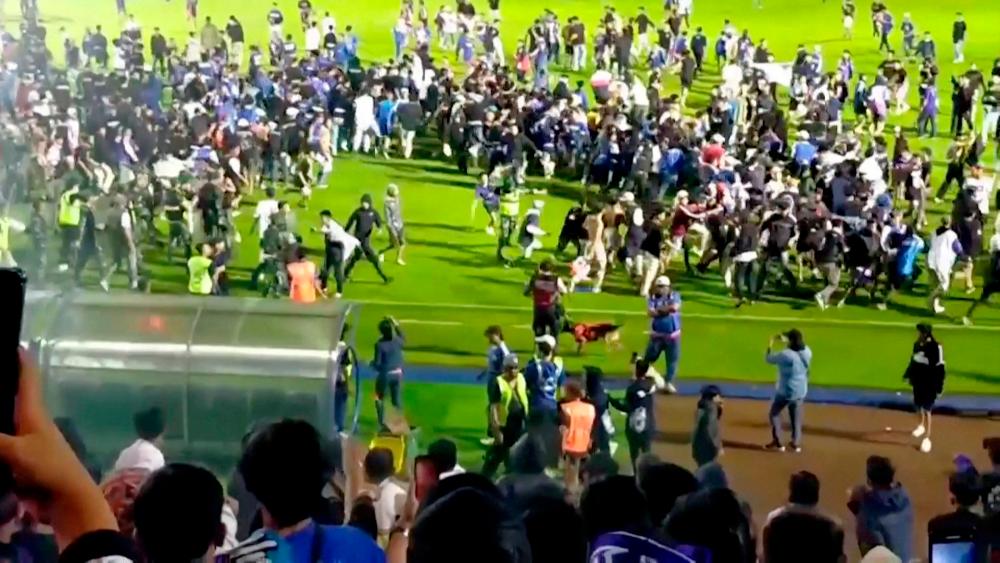 Fans invade the soccer field after a match between Arema FC and Persebaya Surabaya at Kanjuruhan Stadium, Malang, Indonesia/REUTERSPix

VOLATILE crowds and violent fan groups have long been a hallmark of Indonesian soccer, left reeling from Saturday’s rioting in East Java in which 129 people were killed following Arema FC’s defeat by Persebaya Surabaya.

The sport is the country’s most popular, with huge crowds turning out for bitter clashes between local rivals in the 18-team top-flight league, but the game has been blighted by hooliganism, heavy-handed policing and mismanagement.

Home to nearly 275 million people, Indonesia has rarely been able to harness its potential and has failed to qualify for the World Cup since its one and only appearance in 1938, when the country was still known as the Dutch East Indies.

Beset by issues both on and off the field - at one point two rival leagues each claimed to be country’s top division - the country was banned from all international football by governing body FIFA in 2015 for government interference.

It was allowed back a year later after a series of reforms and is due to host the FIFA Under 20 World Cup next May after the competition was delayed by two years due to the Covid-19 pandemic.

Indonesia, which last organised a major event in 2007 when it co-hosted the Asian Cup, the continental championship for national teams, is also bidding to organise the 2023 edition after China withdrew from hosting earlier this year.

A decision on that bid, where Indonesia is competing with Qatar and South Korea, is expected to be announced by the Asian Football Confederation’s executive committee on Oct. 17.

Violence around the game has remained a constant, however, with rivalries in the Indonesia’s top flight regularly turning deadly.

Between 1994 and 2019, 74 fans died in football related violence, according to a report by the Australian Broadcasting Corp, with Persib Bandung supporters banned from matches in 2018 after the lynching of a Persija Jakarta fan.-Reuters