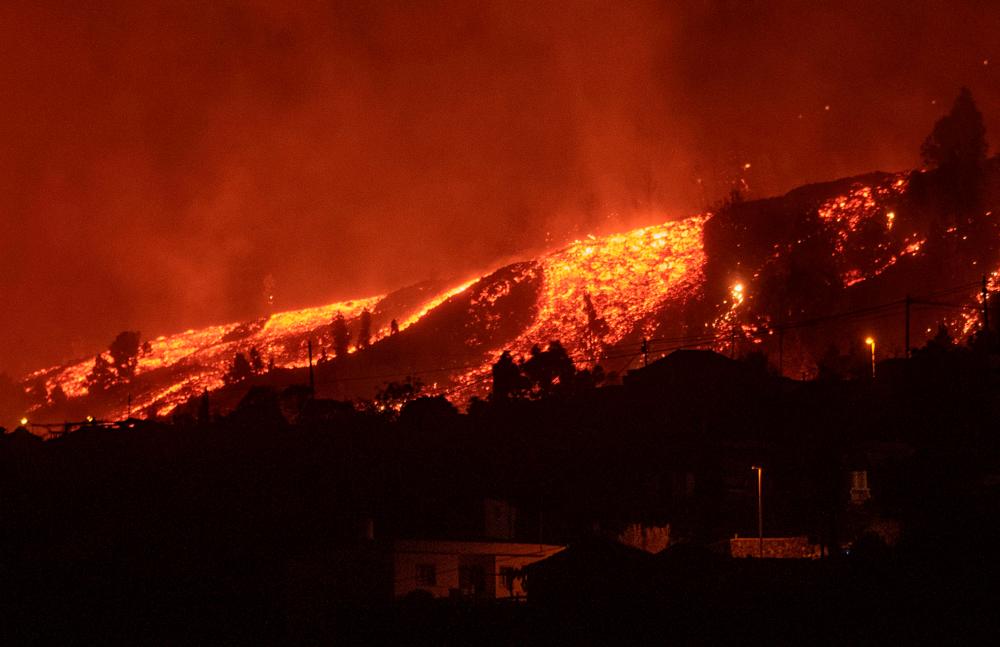 LA PALMA: The Cumbre Vieja volcano erupted on Spain's Canary Islands Sunday, spewing out lava, ash and a huge column of smoke after days of increased seismic activity and forcing the evacuation of around 5,000 local people, authorities said.

Cumbre Vieja, which last erupted 50 years ago, straddles a ridge in the south of La Palma island, home to around 80,000 people.

“The eruption started in the Cabeza de Vaca zone, in El Paso,“ at around 3:00 pm (1400 GMT) the local government said on its Twitter account.

The evacuation was obligatory in a dozen areas placed on a maximum alert and temporary shelters were opened.

“People are asked to be extremely careful and to stay away from the eruption zone to avoid needless risk,“ a local government statement added.

The head of the Canaries region, Angel Victor Torres, said the zone was forested and “sparsely populated”. No casualties had so far been reported, he added.

The lava reached several homes and made a number of roads impassable.

According to the local government's projections, lava flows from the volcano, located in the centre of the island, were likely to move southwest towards inhabited and wooded areas, before reaching the coast. -AFP

2.No guarantee what happened after Sabah polls will not repeat in Malacca, says Wan Junaidi

3.My remarks taken out of context, says Sports Minister