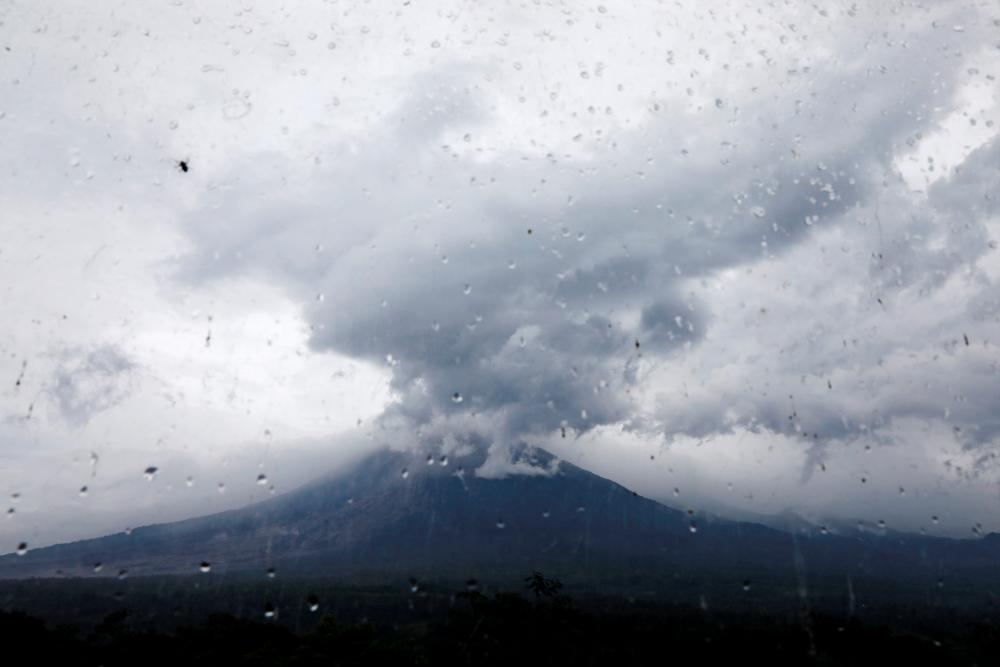 According to Tonga's news website Matangi Tonga Online, the volcano, about 65 km north of capital city Nuku'alofa, has erupted continuously since Friday morning, raising the plume to an altitude of 5-20 km above sea level.

Volcanic ash was also reported from the island of Fonoi in the Ha'apai Group and some islands.

Taaniela Kula, the Tonga Geological Services head, said the eruption, which had a radius of 260 km, was about seven times more powerful than the last eruption on Dec. 20 last year.

All Tongan civil servants were instructed to go back home on Friday afternoon as government offices closed due to the tsunami warning.

Authorities stressed that there is no need for any evacuation but people are advised to keep away from beaches and low-lying coastlines, and to wear masks when commuting due to the smell of sulphur from the eruption.

The Tonga police were patrolling the seafront Vuna Road in the capital and using loudspeakers to ask people to move away to higher ground.

The Tonga Geological Services has urged Tongans to stay indoors and protect their rainwater harvestings.

The volcano is part of the highly active Tonga-Kermadec Islands volcanic arc, a subduction zone extending from New Zealand north-northeast to Fiji.-Bernama