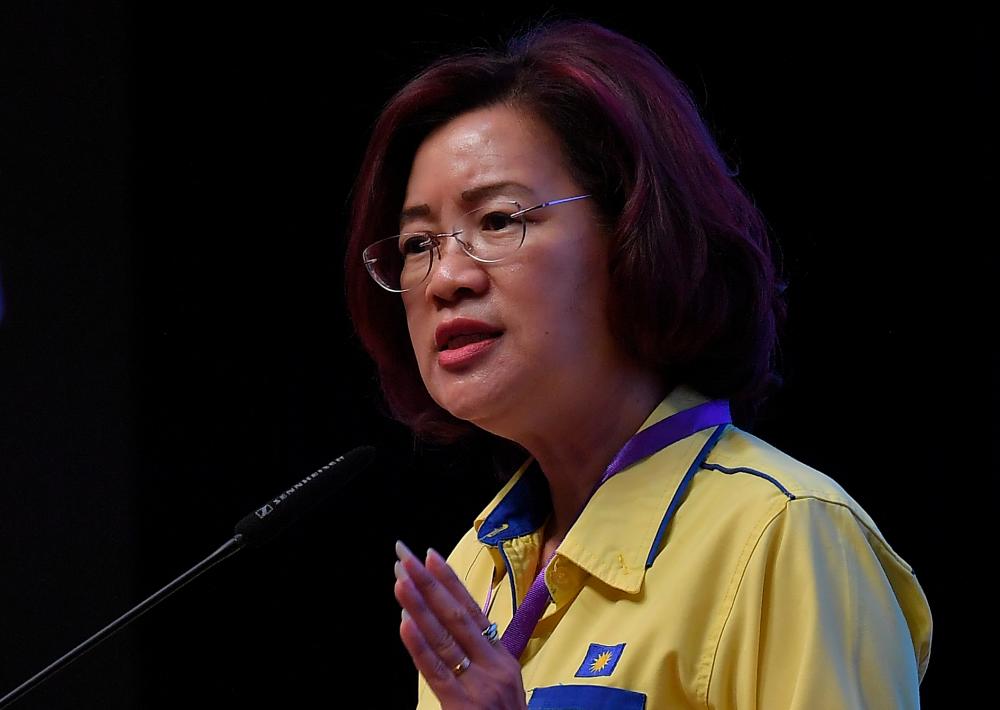 PETALING JAYA: Wanita MCA is confident that the government will enact or amend legislation on Malaysian citizenship for infants born overseas to make it more precise and ensure gender equality.

It reiterated its position that so long as one parent holds Malaysian nationality, irrespective if the parent is a father or mother, that parent automatically wields the constitutional right to confer Malaysian citizenship to children born overseas.

“While the government has announced that it intends to appeal the Kuala Lumpur High Court decision, Wanita MCA would like to assure Family Frontiers that you have all our support and we will journey with you all the way during this tedious battle,” Wanita MCA National Chairperson Datuk Heng Seai Kie(pix) said in a statement today.

“Our Wanita MCA Legal Advisory & Women’s Aid (LAWA) Centre is available for counselling or legal advice and is contactable at 03-2716 5943.

“We take note that the Home Minister Datuk Seri Hamzah Zainudin has explained that there are two different Kuala Lumpur High Court decisions, namely the case of Suriani Kempe and six others against the Malaysian government which favoured the plaintiff, as opposed to the case of Mahisha Sulaiha Abdul Majeed against the Director-General of National Registration along with two others over the interpretation of the term ‘father’ in the Second Schedule Part II Section 1 (b) and 1 (c) of the Federal Constitution which ruled in favour of the government.”

The two divergent judgements have led to confusion on gender inequalities issues and the right of citizenship conferment, Hamzah Zainudin has also explained that the government has invited the Attorney-General Tan Sri Idrus Harun to provide an explanation, while the Cabinet has asked the AG to also bring the issue to the Yang di-Pertuan Agong Al-Sultan Abdullah Ri’ayatuddin Al-Mustafa Billah Shah, in the near future.

“These are signs of hope that the government aims to resolve the confusion and ascertain interpretations of the law via legislative enactments or amendments, granted that the wording in the Federal Constitution currently appears to favour Malaysian fathers abroad,” Heng said.

“Over the course of history, the government has introduced legislation and policies to uplift the status of women in pursuit of gender equality. Requesting the AG to provide an explanation and raise the issue is another reformist measure to this cause.”

Wanita MCA expressed hope this will be resolved as quickly as possible as many of our children born overseas to Malaysian mothers and foreign fathers have been suffering for so long due to the gender discrimination.

They are denied the privileges of citizenship through no fault of theirs at all, she added.