Was Immigration action too harsh? 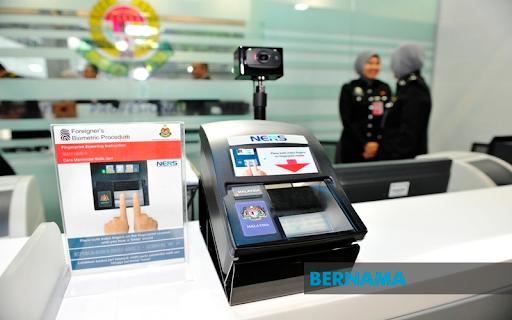 PETALING JAYA: The decision to revoke the work permit of a Bangladeshi who criticised the government for its handling of immigrants during the movement control order (MCO) was met with mixed response.

Some supported the move and claimed it was appropriate as no individual, regardless of their citizenship, should get away with hurling accusations at the government.

On the other hand, some suggested that the action was overboard and against basic human rights, and foreigners should be able to enjoy the right to speak up against alleged mistreatment.

National Patriots Association president Brig-Jen (Rtd) Datuk Mohamed Arshad Raji said individuals who are earning a living abroad should respect the countries they are in and their rules.

He said the act of 25-year-old Md Rayhan Kabir (pix) in condemning the government was uncalled for.

“You have to respect our rule of law when you are in our country. I think what the government has done is right. You can’t go around criticising (the government) openly, more so to an international media agency,” he told theSun yesterday.

Rayhan’s work permit was revoked by the Immigration Department after he was featured prominently in a documentary by Al Jazeera titled Locked Up in Malaysia’s Lockdown,” that accused the government of discriminatory treatment of illegal immigrants during the MCO period.

Various government top officials have since slammed the report as being misleading, baseless and flawed.

Migrant Care coordinator Alex Ong said revoking the passes of foreigners who make baseless allegations against the government was appropriate, as the perpetrators have to be responsible for their action.

“In this case, he has to be responsible for his comments. He must come up with strong evidence to back his allegations.

“We are a democratic country, so he should have gone through the proper channel if he felt that immigrants were being mistreated.”

Ong said if Rayhan felt the decision to revoke his pass was unjustified, he should take the matter to court, but maintained that the action was within the Immigration Department’s powers.

According to Section 9(1)(b) and (c) of the Immigration Act, the director-general may, at his discretion, in the interest of public security, or due to any economic, industrial, social, education, or other conditions in Malaysia, revoke or cancel the passes and permits of foreign nationals.

However, Society for the Promotion of Human Rights (Proham) secretary-general Ivy Josiah said revoking the permits of foreign workers who speak up against alleged violations could send the wrong message that migrants have no rights to express dissatisfaction.

“He (Rayhan) was merely talking about the supposed suffering of his community. Instead of acknowledging and working with him to correct things, he was punished. It is not rational.

“It is sending the wrong message that migrants are not allowed to speak up, and that they should just suffer in silence. This is the message that might be construed among the foreigners.

“It is just the same as society telling raped victims to remain silent. It’s really unfortunate.”

Josiah said migrants should be able to enjoy the right to live and have personal liberty, as enshrined in Article 5 of the Federal Constitution, and to speak up about alleged bad treatment and living conditions, including on issues of health.

Read the story on our iPaper: Was Immigration action too harsh?