Water supply to resume in stages from 2 pm - Air selangor 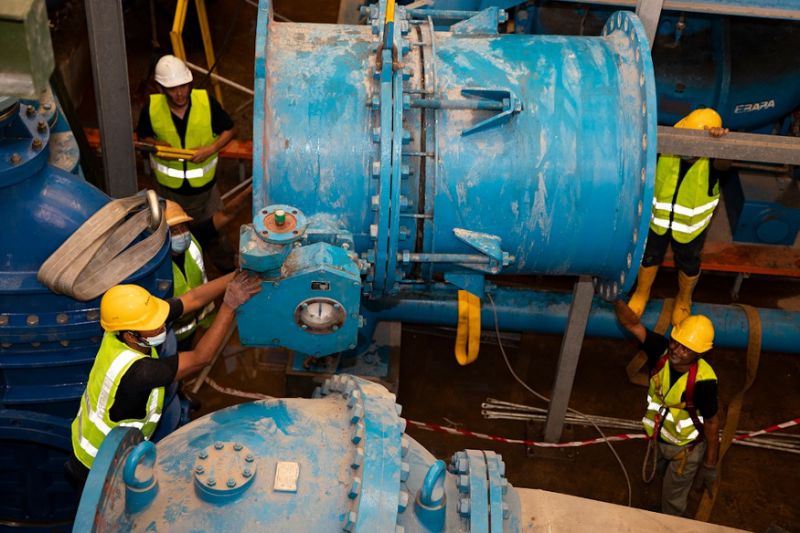 KUALA LUMPUR: Water supply in 686 areas in Petaling, Gombak, Klang/Shah Alam, Kuala Lumpur and Hulu Selangor which was disrupted following the partial shut down of the Sungai Selangor Water Treatment Plant phase 1 (LRA SSP1), is expected to resume in stages from 2 pm today.

Air Selangor Sdn Bhd (Air Selangor), in a statement today, said repair work on the burst pipe was completed at 8 am today.

“Following this, the LRA SSP1 has begun operation at a maximum level to fill in the main water supply system and the water will be distributed in stages,” it said.

Air Selangor has also increased the channeling of treated water from other LRAs such as LRA Sungai Selangor phase 3, LRA Wangsa Maju, LRA Sungai Batu and LRA Bukit Nenas to reduce the impact on the consumers.

A total of 84 water tanks have also been mobilised to critical premises such as hospitals, dialysis centres and affected housing areas.

Besides that, consumers can obtain water supply assistance from the public water taps provided by Air Selangor.

3.Where’s Najib? This is court of law not coffee shop — Judge