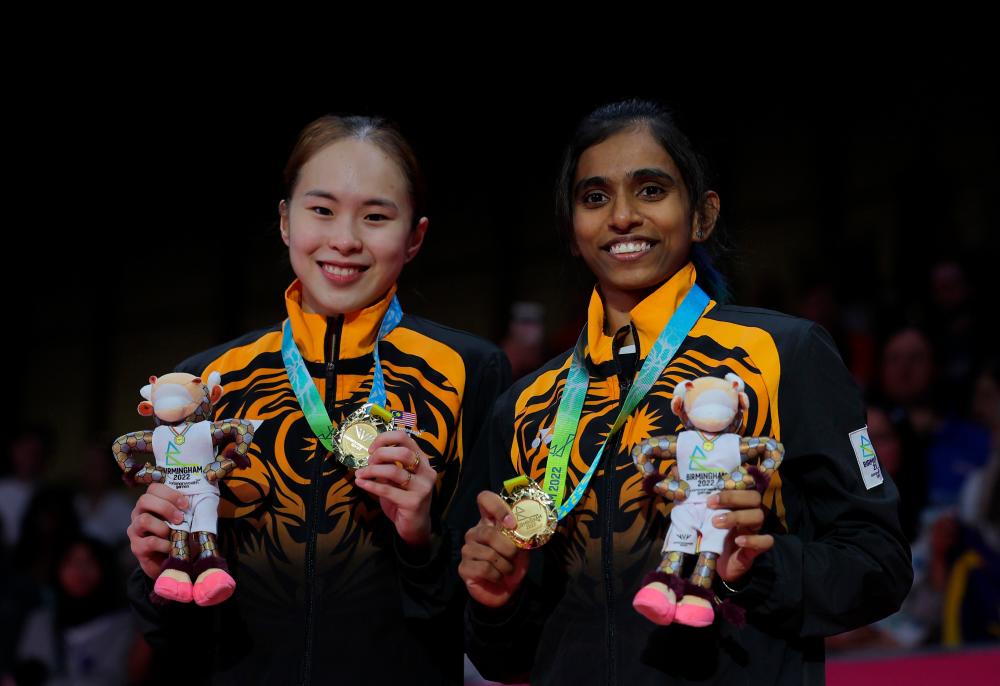 BIRMINGHAM: Newly-crowned Birmingham 2022 Commonwealth Games women’s doubles champions Pearly Tan and M.Thinaah won’t be carried away by their achievement here but instead will keep their feet firmly on the ground.

In fact, Pearly claimed that they still had room for improvement despite delivering Malaysia’s seventh gold at the Games in the final match of the badminton competition. The duo swept aside English pair Chloe Birch-Lauren Smith, 21-5, 21-8, today.

“I am really happy and proud that we were responsible for the National anthem ‘Negaraku’ to be played for a second time here. We cannot be carried away by the achievement and we will keep fighting in our future tournaments,” she told reporters when met after the medal ceremony, here today.

Thinaah, on the other hand, believed that their gold medal in Birmingham would definitely boost their confidence to play in upcoming tournaments.

She thanked her family members, coaches, teammates and fans for their great support throughout this quadrennial Games.

Apart from Pearly-Thinaah’s gold and Tze Yong’s silver today, the national badminton squad had won their first gold after a 3-1 win over India in the mixed team final on Tuesday (Aug 2).

The closing ceremony of the 22nd edition of the Commonwealth Games will be held at the Alexander Stadium, Perry Barr, here, at 8 pm local time (3 am Aug 9 Malaysian time).-Bernama Tsunoda given hero’s welcome ahead of Japanese Grand Prix

5.Tsunoda given hero’s welcome ahead of Japanese Grand Prix