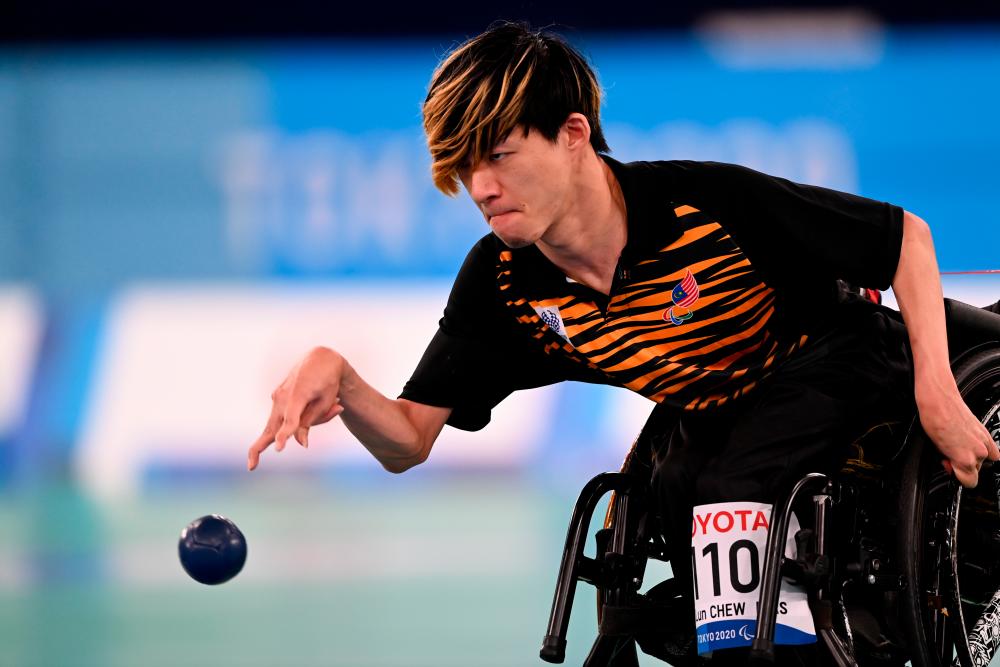 TOKYO: The mission of national boccia player, Chew Wei Lun(pix), who won a silver in the final of the mixed individuals BC1 (physical impairment) category at the Tokyo Paralympic Games here to elevate the sports to Malaysians, has finally accomplished.

The world number 11, who did not expect to win a medal for the country, was happy when his first appearance at the prestigious games stole the spotlight of Malaysians to promote the sports.

“I didn't expect to get a medal because we came to promote boccia so that Malaysians know the sports better. Finally, many people have started to know boccia and it is hoped that more individuals will represent the country in the future.

“This medal is for my team and boccia sport,” he told reporters after the medal presentation ceremony.

Wei Lun, who made history by becoming the first Malaysian athlete to compete in the sport of boccia on the Paralympic stage, lost to defending champion from Rio 2016, David Smith of Great Britain, 2-4, in the final at the Ariake Gymnastics Centre.

The 26-year-old athlete from Johor, who has a routine of resting (sleeping) before a match, was also unable to predict what he will face, especially in the hunt for a slot to Paris 2024 Paralympic Games.

Sharing a similar sentiment, Wei Lun’s coach, Aiman Hafizi Abu Bakar, 26, said he was grateful for the victory as well as an eye-opener to all Malaysians on the boccia sports, especially to the cerebral palsy group.

The coach from Cheras, who started coaching Wei Lun in 2019, did not think that the athlete, who is making his Paralympic debut, would be able to make it to the finals as his target was to reach the quarter-finals.

“I am happy that our hard work to promote boccia sports has finally been achieved,” he said, before bursting into tears.

The achievement of Wei Lun helped Malaysia increase its silver medal collection to two, after powerlifting athlete, Jong Yee Khie, bagged the first in the men's 107kg category on Monday.