Why your vote is important 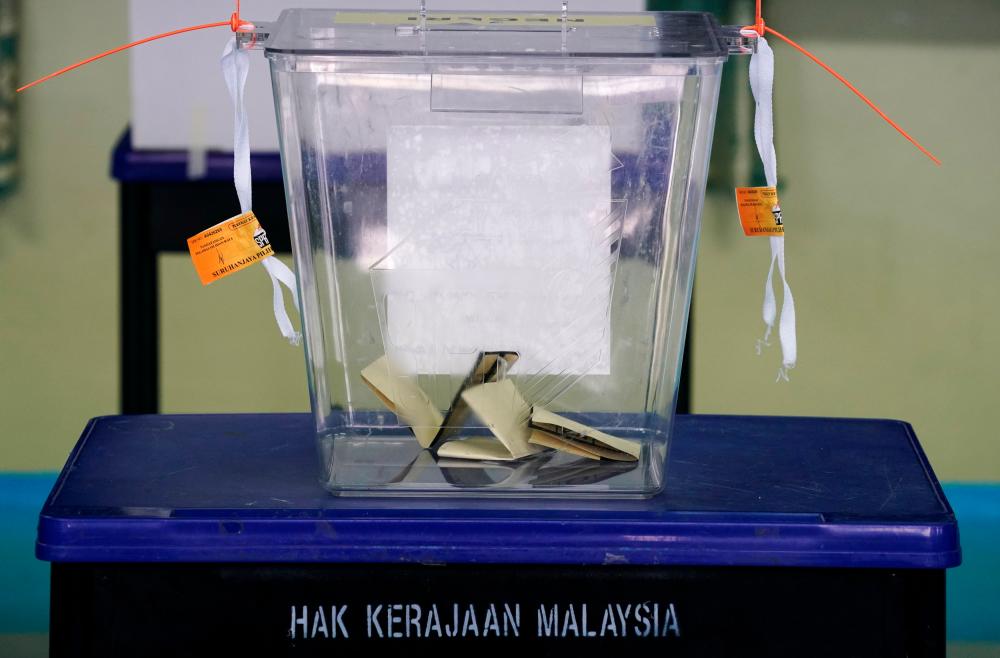 An election offers every citizen the opportunity in a democracy to exercise his or her constitutional right to vote for the preferred candidate.

It is therefore imperative that citizens use this statutory privilege and discharge their duty to the country.

In fact, it is a moral obligation for every citizen to vote.

No matter what you believe in and who you support, it is very important for you to express your convictions through the ballot box.

I am of the view that voting should not be looked upon as a civic duty, but more as a sacred duty of every citizen for an election in any country.

Casting your vote in an election is important because it gives the citizen the chance to select the candidate/government that represents his or her beliefs and views across a broad spectrum of issues.

My personal view is that any citizen who does not vote, save for very justified reasons, is not a patriotic citizen.

In countries like Australia, it is mandatory for every citizen to vote, save for extenuating circumstances.

Penalties will be imposed on Australian citizens who failed to vote, if they don’t furnish good reasons.

Very often I have heard people complaining about a host of issues, but when I have asked them whether they have voted, many have told me that they are not even registered as voters.

Some even have the audacity to say their one vote does not matter much, not realising that every vote counts.

Perhaps, many are unaware that in the 1964 general election, the late Tan Sri Tan Chee Khoon, popularly known as “Mr Opposition”, won the Batu parliamentary seat by a margin of only two votes after six recounts.

The crux of the election was centred on a recount in Florida, where Bush had won the popular vote by a very small margin, which automatically triggered a recount.

Finally, the election result culminated in the Supreme Court judgment in favour of Bush Jr who was subsequently declared the winner.

If Gore had received slightly more votes in Florida, then the former US vice-president would have been the 43rd president of the US in 2000.

Hopefully, our government devises a new procedure to attract new voters now that the voting age has been changed to 18.

I personally feel the present registration process is very cumbersome to many of our citizens.

Why can’t the government make it easier by allowing citizens to sign up as a voter at more convenient locations like city halls, district offices and designated government agencies?

Election Commission (EC) officials should actively register citizens as voters throughout the year.

They should come in vans to designated areas like housing estates and community halls for this purpose.

In addition, the EC should also set up their registration booths in places like shopping malls to register voters.

Senior civil servants and justices of the peace should also be empowered to register voters in housing areas where they reside.

Many of the younger generation these days are information communications technology (ICT) savvy and skilled at the computers, so why not allow on-line registration?

With the advent of ICT, a person should be allowed to vote even one day after registration.

Voting in elections embodies one of the basic liberties in a democracy, and this is the fundamental difference distinguishing them from totalitarian regimes and military dictatorships.

People in many countries are not privileged to enjoy such a right which we in Malaysia have been fortunate to have since our independence in 1957, albeit its shortcomings.

Nevertheless, we need to address the flaws in our electoral system.

Malaysia can still improve on its present electoral system and opt for one based on proportional representation.

In many elections held in the country, the total votes received by the respective political parties was not reflective of their seats represented in the Parliament and state assemblies.

Consequently, only a system based on proportional representation (PR) will address this defect in our electoral system.

Proportional representation will also embellish Malaysia’s democratic credentials as it will avert gerrymandering of parliamentary and state constituencies.

In this respect, Malaysia should emulate countries like Sweden and Germany where the electoral systems are based on PR.

The results of the recent Malacca state election underscores the pressing need for proportional representation in Malaysia.

Under a PR system, the Malacca state assembly would have had a fairer representation of assemblymen from all the parties which had contested.

Only via the PR system will the voices of our people from diverse standpoints of society be heard and debated in the august house.

And when that happens it will reflect the true expressions and aspirations of the people in both our Parliament and state assemblies.