Will the Pemulih package restore recovery? 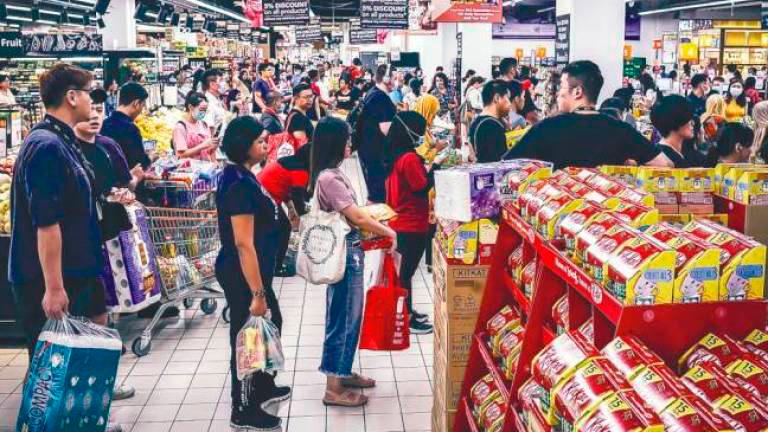 THE RM150 billion announced by Prime Minister Tan Sri Muhyiddin Yassin in the new Pemulih stimulus package is certainly a headline grabbing figure and close to our estimated cost for the lockdown, which is just shy of RM170 billion.

It is very unclear how the government got to the RM150 billion total based on the list of initiatives announced but what is clear is that, just like before, the direct injections are small relative to the total at only around 6.7% of the headline figure.

The details show about RM10 billion in direct cash transfers with RM4.6 billion for the Bantuan Khas Covid-19 (BKC) scheme and RM3.8 billion for the extended wage subsidy programme. This will help the poorest but only with small, delayed and sporadic assistance.

The wealthy will have to rely on their own resources in the EPF withdrawals, estimated to be worth RM30 billion under the new i-Citra scheme.

At RM5,000 maximum per person, this suggests only six million of the 15 million EPF account holders have enough left to use this scheme or put another way, that nine million don’t have enough anymore.

Taken together the direct injection and i-Citra are worth around RM40 billion which is lower than our suggested RM60 billion necessary to provide a significant consumer-based stimulus.

So essentially, the government is finding part of the necessary cash injections but rather than fund it through debt or printing money they are getting more than half of it funded by the people themselves.

Actually, if you look at the total withdrawals from EPF, including RM19.45 billion under i-Lestari, RM57.97 billion approved under i-Sinar and now RM30 billion estimated under i-Citra, this is more than RM107 billion compared with RM86.6 billion in direct injections from all packages, including this new Pemulih scheme.

Based on this comparison, the rakyat are paying out of their own pockets for the lockdowns.

In fact EPF had budgeted around RM30 billion more from i-Sinar than was actually applied for and approved so the i-Citra scheme is little more than a replacement for that.

Around RM7 billion of the i-Sinar withdrawals have yet to be paid. Since there wasn’t a full appetite for the amount available last time, there is a question as to whether the full RM30 billion available under i-Citra will in fact be used.

A compromise has been reached on the loan moratorium by allowing opt-in but automatic approval for consumers while for SME, they will still have to go through an application vetting procedure. So it remains to be seen what impact that will have.

The attractiveness of the offer is very uncertain and not what the SME associations were calling for.

Something that may be overlooked, but is similar in effect, is the moratorium on payment of takaful and insurance premia which will benefit one million people to the tune of RM2.6 billion or RM2,600 on average but again this is conditional and only for those affected by the pandemic.

In terms of the social impact, the government has acknowledged, what was confirmed by new data from Department of Statistics Malaysia, that one million people have lost their jobs due to the lockdowns either through direct unemployment or underemployment in the form of shorter working hours or taking lower pay, lower skilled jobs after losing their normal positions. The RM500 one-off hand-out will be very disappointing compensation for that.

The rest is the usual list of projects for special interest groups which won’t help the masses and won’t have much economic impact.

The assistance for persons with disabilities (PwD) will of course be welcome but why do only 20,000 benefit when there are 560,000 PwD registered with the Social Welfare Department?

Similarly, the RM400 million loan relief for 1.6 million students is not generous: it’s only RM250 each or RM84 per month.

The Bantuan Khas Covid-19 payments are also small and spread out over several months.

Overall, we will have to look at the finer details but we do not see this new Pemulih package will inject RM150 billion into the economy any more than the previous packages injecting RM380 billion.

Although these are the headline figures the actual stimulus is much lower because the money doesn’t filter to the intended recipients.

In this case, the hand-outs will be staggered and will not start until August at the earliest in most cases. This means the poorest and those hit hardest will have to wait longer.

With such a small direct injection worth less than 7% of the total, the full impact of the Pemulih package is uncertain.

Much will depend on how many people draw down their life savings and push their ever increasing debt further into the future.

What is certain is that while we are still in lockdown any economic stimulus will not be fully effective – you can’t put one foot on the accelerator while you still have the other on the brake. 1.Jerusalem on edge ahead of contentious Israeli flag march

3.Hamilton hoping for rain to mix up Monaco

4.’Message to the world’: Lithuanians fundraise to buy drone for Ukraine

5.Russia bogged down in Ukraine