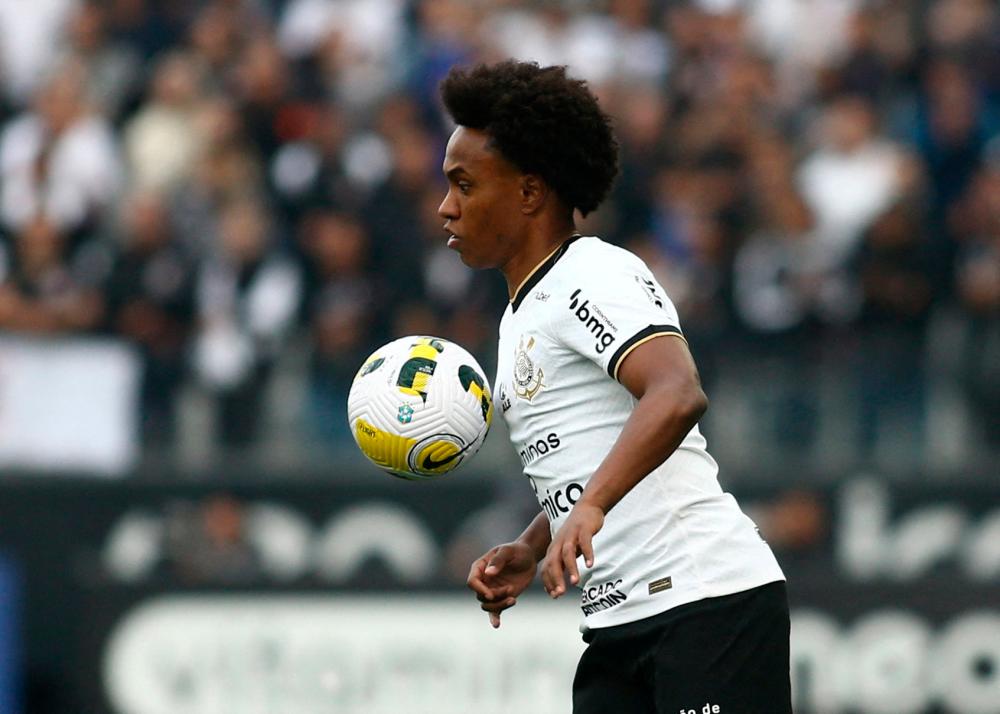 “Willian asked us for his (contract) termination. We are sad not to have him any more and also because it didn’t go the way we expected. But we have to keep those here that are happy,“ said club president Duilio Monteiro Alves.

It was only a year ago that the 34-year-old only rejoined the club where he made his professional debut in 2006. Local media have linked him with a move to promoted English Premier League side Fulham.

The return to Corinthians in Sao Paulo quickly turned sour for Willian both on the pitch where he scored one goal in 45 matches, and off it.

“Whenever Corinthians lost and I didn't play well, my family received threats and insults on social media. My wife, my children, recently they also started attacking my father, my sister,“ Willian told the Globo Esporte website.

“I didn’t play as well as I expected but I was never a player who scored 20 or 30 goals a season,“ he told ESPN Brasil on Wednesday.

Willian, who also played for Shakhtar Donetsk in Ukraine and Russians Anzhi Makhachkala, leaves the club three days after they were eliminated from the Copa Libertadores quarter-finals by Flamengo, 3-0 on aggregate.-Reuters