With RM76b debt, is PTPTN too big to fail? 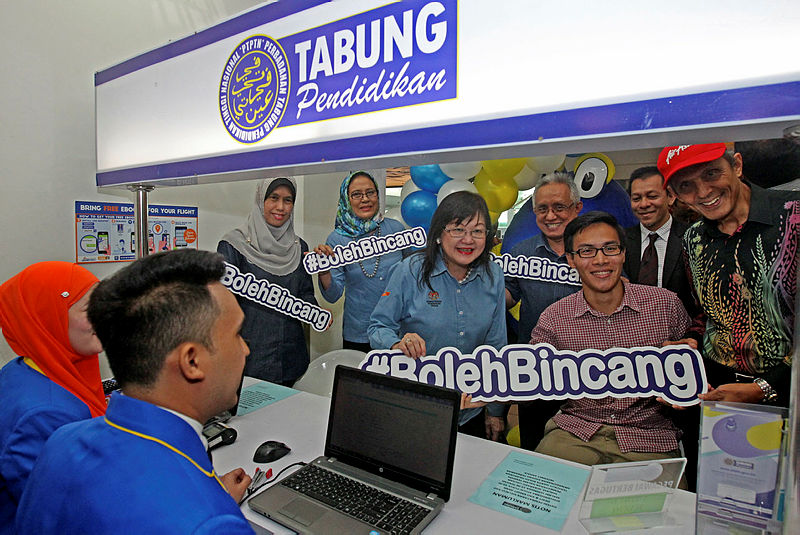 IN what seems like the blink of an eye, the Pakatan Harapan (PH) government will soon complete its first year in power.

Although it was not all rosy and glamorous, most had hoped that it would have learnt, among others, that flashy and populist manifestos are not necessarily easy to implement or good for the country.

Among many things that have gone haywire or astray, I would just focus on the National Higher Education Fund Corporation or commonly known as PTPTN, which has seen some flip-flops. Perhaps, this arose when decisions were made without proper study or knowing the actual financial status of the nation’s coffers.

PTPTN was founded in 1997 with the aim of assisting students with funding their undergraduate degrees. It kicked off with government grants, but not anymore. It now taps the debt market for its funding needs.

Since its establishment, PTPTN has helped finance more than 60% or three million of Malaysian students pursuing tertiary studies, both in private and public higher education institutions with a total disbursement of RM56 billion as at February 2019.

The irony is that, almost two decades later, PTPTN itself seems to be in need of help.

One year on after May 9, 2018, those walking the corridors of power should have realised that if the repayment policy is not addressed now, PTPTN would collapse and the impact could be even more severe than the colossal losses of 1Malaysia Development Bhd (1MDB).

Prime Minister Tun Dr Mahathir Mohamad himself revealed that the amount defaulters owe PTPTN is almost the same as the losses incurred by 1MDB.

PTPTN now owes RM40 billion in debt guaranteed by the government and this is expected to balloon to RM55 billion in 10 years and RM76 billion in 20 years.

Some may ask: Why does the government need to guarantee PTPTN’s loans? The rule of thumb seems to suggest that if there are bad paymasters, guarantors are needed as back-up.

According to data, PTPTN’s repayment of the principal alone ranges between RM3 billion and RM6 billion a year, depending on the loan repayment tenure.

It is estimated that 616,000 defaulters or 51% of the borrowers or beneficiaries, depending on how one looks at it, have a total outstanding debt of RM3.5 billion. Of the defaulters, 356,000 have not even paid a single sen. This alone totals a staggering RM2.8 billion!

Interest payment alone exceeds RM1.7 billion a year, totally borne by the government as it has borrowed funds from the capital market to ensure that students have access to knowledge and skills.

Although some are genuinely unable to pay, especially if they are unemployed, most seem to be nonchalant and take things for granted.

“Lifting the travel ban for the defaulters seems to be a big mistake and has had a negative impact on PTPTN,” said a close source.

PTPTN blacklisted and imposed a travel ban on 1,016,254 defaulters with an outstanding debt of RM20.7 billion, of whom 684,233 have started paying their dues totalling RM2 billion.

“With the ban lifted, debt collection dropped considerably, worsening the already strained financial state of PTPTN, which is clear evidence defaulters are taking things for granted,” said the source.

Besides this, a proposal to introduce deferment of payment until the salaries of borrowers reach RM4,000 would further strangle PTPTN. Thankfully, that plan is on hold for the time being.

The source revealed that seven out of 10 borrowers earn less than RM4,000 a month, which obviously reduces PTPTN’s annual collection to RM950 million compared with about RM3 billion annually in the last three years.

And depending on the starting salaries of these graduates, it would take a minimum of six to 15 years before they reach the threshold of RM4,000 to start repayment.

But, the crunch is that PTPTN still needs to service its loans during this period besides disbursing funds for new students.

The simple calculation is that for every RM7,000 shortfall in cash flow, it denies one potential student access to a study loan.

The Higher Education Blueprint published in 2015 had projected that student enrolment would touch 250,000 by 2025.

The mismatch between the massive repayment shortfall and increasing financial obligations may eventually see the collapse of PTPTN, thus robbing future generations of students access to affordable study loans.

Hence, PTPTN chairman Wan Saiful Wan Jan must not heed the pressure to relieve borrowers of their debts. Instead, he should focus on long-term sustainability and do all he can to collect outstanding debts to secure future generations’ continuous access to funding.

And the current government needs to bite the bullet and stop the bleeding if it values the important role of PTPTN. It needs to find better and cleverer ways to deal with the problem.

As for the defaulters, where are your moral obligations? — Bernama