Witness: Siti Bainun shouted angrily, asking who had given water to Bella 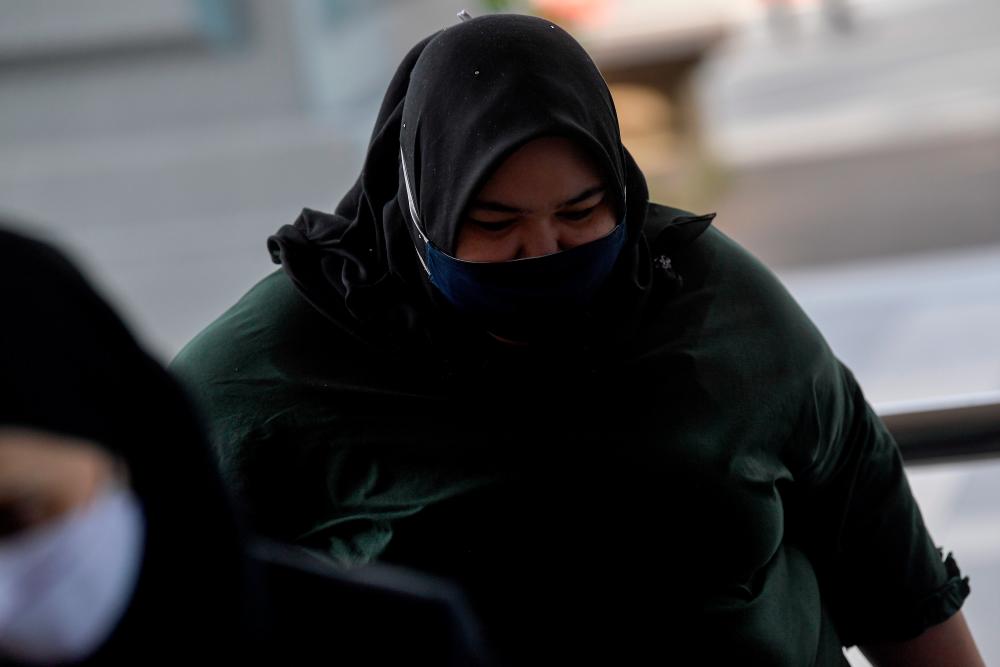 KUALA LUMPUR: A witness told the Sessions Court today that the founder of shelter home Rumah Bonda, Siti Bainun Ahd Razali(pix), once angrily shouted when asking who had given water to a teenage girl with Down Syndrome known as Bella, at a condominium in Wangsa Maju.

Legal research officer at a law firm Suhana Zam, 40, however, said that after learning that her adopted sister Haiza had given water to Bella, Siti Bainun lowered her angry tone in the June 14, 2021 incident.

“At that time, Yasmin (Yasmin Nahar Mahmood, the fifth prosecution witness) approached Bainun and told her that someone had given water to Bella. Suddenly Bainun shouted very loudly and demanded to know who it was in an angry tone.

“Some other condominium residents and I were taken aback. Then Kak Haiza admitted and said that it was her.

“Kak Haiza then asked what the problem was and Siti Bainun then replied, ‘oh akak ke yang bagi, it’s just that Bella likes to pee when she drinks. Kak Haiza then replied that surely if one drinks, one would (get the urge to) urinate,” she said during examination-in-chief by deputy public prosecutor Nor Azizah Mohamad at the trial of Siti Bainun.

When cross-examined by lawyer Mohammad Farhan Maaruf regarding an ‘apparition’ seen in the middle of the night standing by the refrigerator while Suhana was doing office work at the condominium last year, the witness said the figure was Bella and not a ghost.

Asked by the lawyer whether she was not afraid to see the figure standing motionless in front of the refrigerator at midnight, the eighth prosecution witness replied: “Not afraid.”

Siti Bainun, 30, has pleaded not guilty to two charges of neglect and abusing the 13-year-old girl, to the point of causing the victim to suffer physical and emotional injuries.

She is charged with committing the act at a condominium in Wangsa Maju between February and June 2021 under Section 31 (1) (a) of the Child Act 2001, which provides for a maximum jail term of 20 years or a fine of RM50,000 or both on conviction.

The trial before Judge Izralizam Sanusi continues on June 16.-Bernama