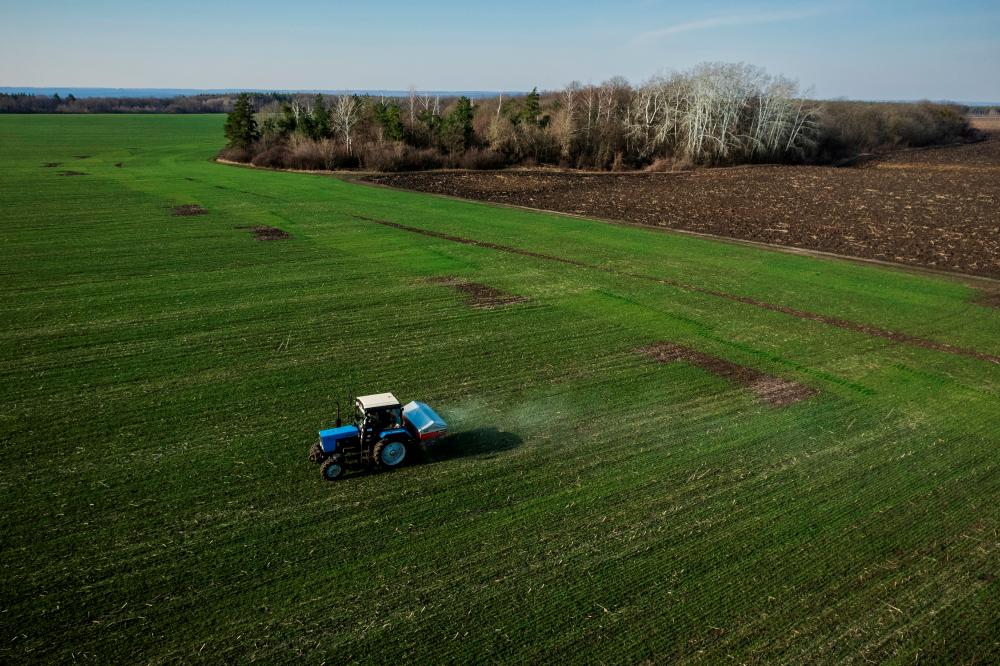 A tractor is seen spreading fertiliser on a wheat field near a village outside Kharkiv, Ukraine. The World Bank president says developing countries are being hit even harder given shortfalls of fertiliser and food stocks and energy supplies. – Reuterspix

WASHINGTON: World Bank president David Malpass yesterday suggested that Russia’s war in Ukraine and its impact on food and energy prices, as well as the availability of fertilizer, could trigger a global recession.

Malpass told an event hosted by the US Chamber of Commerce that Germany’s economy, the world's fourth largest, has already slowed substantially due to higher energy prices, and said reduced production of fertiliser could worsen conditions elsewhere

“As we look at the global GDP ... it’s hard right now to see how we avoid a recession,” Malpass said. He gave no specific forecast.

He said the economies of Ukraine and Russia were both expected to see a significant contraction, while Europe, China and the United States were seeing slower growth.

Developing countries were being hit even harder given shortfalls of fertiliser and food stocks and energy supplies, he said.

“The idea of energy prices doubling is enough to trigger a recession by itself,” he said.

In China, he said, the relatively sharp slowdown in growth was based on the Covid-19 pandemic, inflation and the pre-existing real estate crisis the country had been facing.

The World Bank last month had already cut its global growth forecast for 2022 by nearly a full percentage point, to 3.2% from 4.1%, due to the impacts from Russia's invasion of Ukraine.

Malpass gave no details on when a global recession could begin. – Reuters