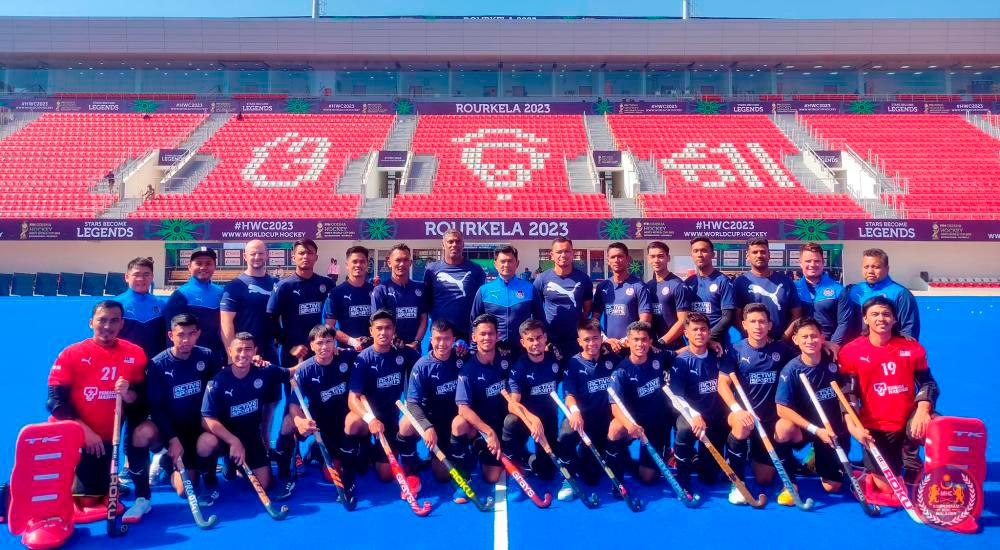 KUALA LUMPUR: The national hockey team have managed to get over the agony of their defeat in the crossover tie against Spain on Sunday and are ready to bounce back against South Africa in the ninth-16th classification match in the 2023 Hockey World Cup in India on Thursday (Jan 26).

The classification match against South Africa will be played at the Birsa Munda Stadium in Rourkela.

Team manager Datuk Mirnawan Nawawi said the national players are back in a positive mood despite their failure to advance to the quarter-finals after the sudden-death penalty shootout loss to Spain.

He said the defeat suffered by coach A. Arul Selvaraj’s Speedy Tigers in the crossover match at the Kalinga Stadium in Bhubaneswar was not uncommon in a major tournament.

“But what is important is that the players can rise again and refocus on their upcoming tasks.

Right now, we must focus on our match against South Africa and I believe our men can do their best,“ he said in a video clip the Malaysian Hockey Confederation (MHC) shared with the media today.

He said the players will resume training today, having undergone their rest and recovery session after their one-hour flight from Bhubaneswar to Rourkela.

Looking ahead to Thursday’s match, Malaysia do seem to have the upper hand, on paper at least, as they are ranked 10th in the world and South Africa are ranked 15th.

In the Sultan Azlan Shah Cup 2022 campaign last November, the Speedy Tigers, who ended their 39-year wait by winning the title for the first time, trounced South Africa 7-2 in a group match.

This is the national team’s ninth appearance in the World Cup since its introduction in 1971, with their best achievement being fourth placing in the 1975 edition held here.

The Speedy Tigers ended up in 15th place in the previous edition in 2018. -Bernama