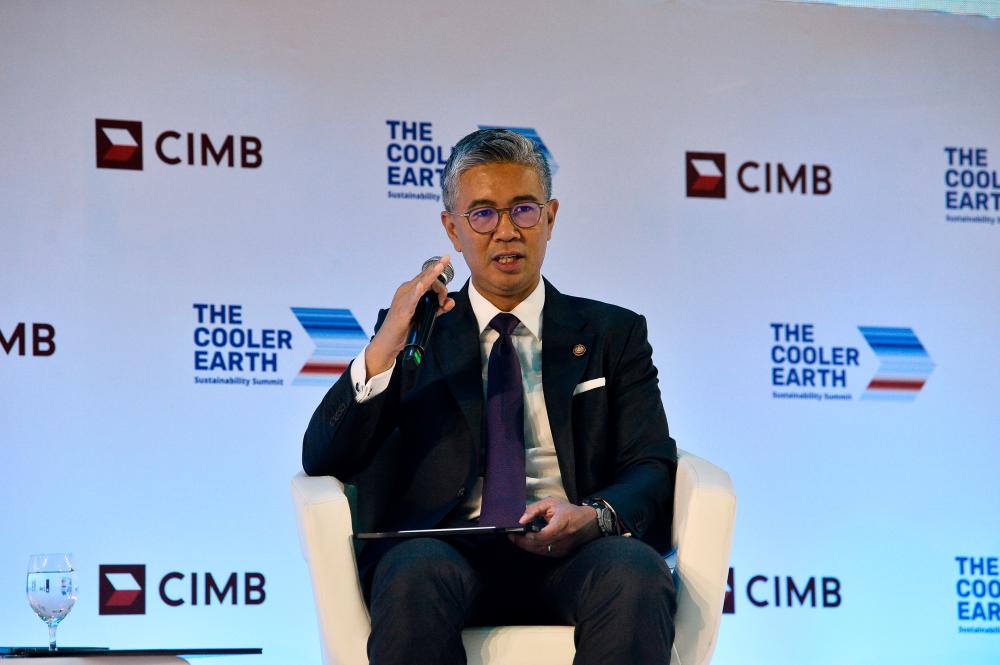 He said although the world continues to recover from the effects of the Covid-19 pandemic, various new challenges have emerged that affect global the prospects of the global economy, which may slip into a recession.

According to him, these are due to the continuing United States (US)-China geopolitical tensions, the unending war in Ukraine, threats of climate change such as floods and droughts in several countries that have affected food supply, and China’s zero-Covid policy that continues to disrupt global supply chains.

“These are factors beyond our control. They have triggered a surge in the prices of various commodities and basic goods, hence raising inflation rates in most countries to levels not seen in decades,” he said in a statement today.

He was responding to various reports, concerns and queries submitted to the Finance Ministry, especially in relation to the ringgit’s value and the nation’s current economic developments.

He said that to combat inflation, the monetary policy decisions of several world powers have affected the positions of developing countries, and Malaysia is not exempted.

The finance minister noted that the US Federal Reserve has hiked interest rates aggressively up to 3.25 per cent, much higher than Malaysia’s Overnight Policy Rate of 2.5 per cent.

“While this has led to the ringgit depreciating 10.5 per cent year to date, other currencies have also fallen, at an even higher rate, which proves that this is a global phenomenon,” he said.

Tengku Zafrul said the impact of the rise in the US interest rate has impacted many countries but this does not mean that these countries should be considered failures.

“Every country has its own challenges and monetary policies and the currency exchange value of each country is not a benchmark to determine if they are facing a crisis or not.

“The real definition of an economic crisis is when the gross domestic product (GDP) declines sharply, unemployment and bankruptcy increase significantly, and the overall standard of living is affected while the definition of a financial crisis is when there is a sudden depreciation in the value of some of the financial assets within a short period.

“This includes the sudden fall in the stock market and currency value within a short period, as well as the failure of the government to repay debts,” he said.

The situation in Malaysia today, he said, is different from the years 1998-1999, 2009 or 2020, and what the country is experiencing started from global inflationary pressure that led to uncertainty in the global capital market.

‘The impact includes a limited access to funds and increased rate of financing that will continue to affect the economy,” he said.

Tengku Zafrul said the special position of the US dollar as the reserve currency of the world and safe-haven asset has driven global investors to shift their funds to the US amid an uncertain situation, thus increasing the demand for the greenback.

“All these factors will also have an impact on Malaysia’s GDP for 2023, which is projected to be lower than in 2022,” he said. -Bernama 1.Meeting with MOF next week to discuss 5G, DNB: Fahmi