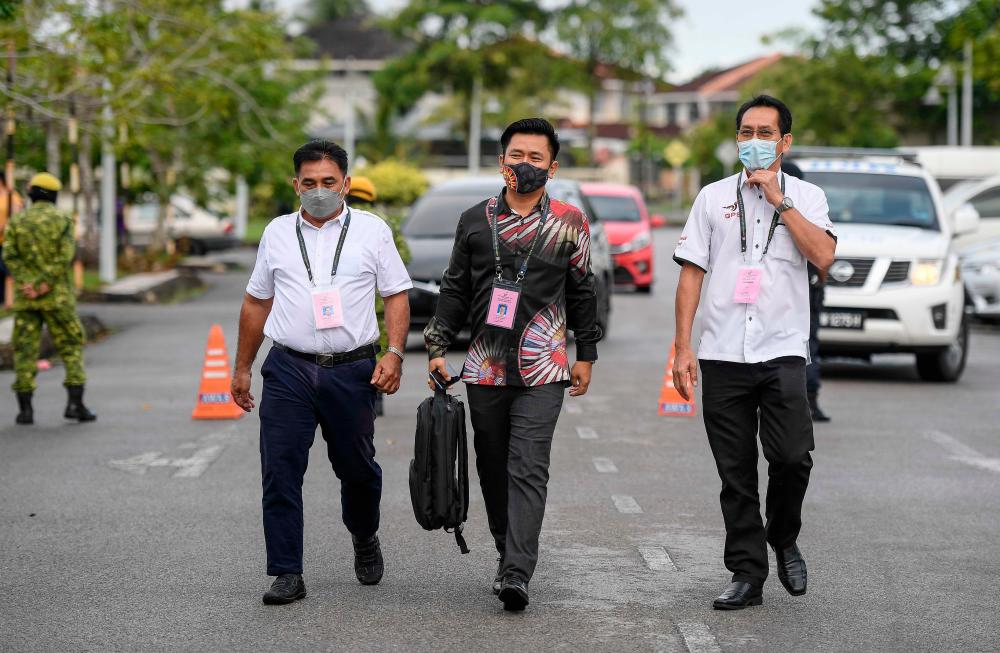 MUKAH: Royston Valentine(pix), the newcomer fielded by Gabungan Parti Sarawak (GPS) for the Tellian seat this time, will face a four-cornered fight in the 12th Sarawak State Election on Dec 18.

The announcement on candidates eligible to contest the seat was made by Tellian returning officer Peleadzman Ahip at Menara Pehin Setia Raja here today.

Earlier, Royston was the earliest candidate to submit his nomination form when the nomination centre opened, followed by Mohd Arwin Lim Abdullah, Zainuddin and Sait.

The process to submit the nomination forms, which was carried out in accordance with the Covid-19 standard operating procedure (SOP), was completed within 20 minutes.

Royston, youth activitist, is among the 24 newfaces and young candidates featured by GPS this time.

He was also a member of the Sarawak Youth Parliament (2014-2016) besides currently serving as vice-president of the Football Association of Sarawak (FAS).

“I will continue with the development agenda that has been planned for this area,” he told reporters.

The Tellian state constituency, an area with a majority of Melanau population, was one of the 11 new seats in the previous election following the redelineation process and comprises 10,059 registered voters.

At the 11th state election, Yussibnosh Balo won the seat with a 4,421-majority on a Barisan Nasional-PBB ticket in a straight fight againts PKR’s Asini@Hasni Yahya. -Bernama