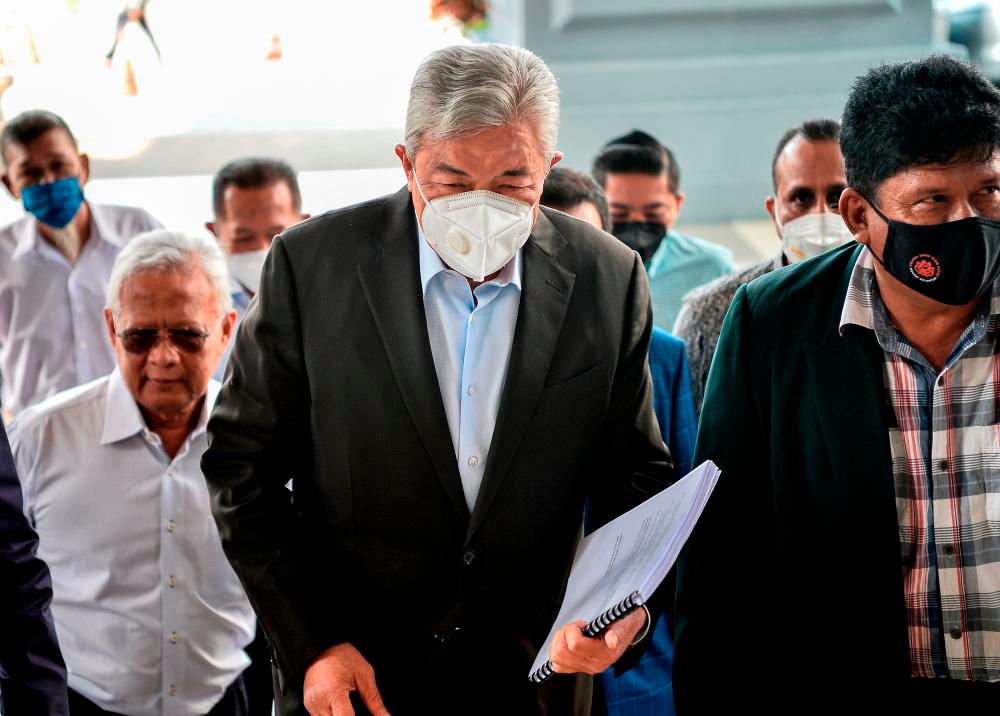 The 18th prosecution witness said Ahmad Zahid was then the Home Minister and had the power and huge influence in deciding the policies and directions of the government, and the Home Ministry (KDN) in particular.

“UKSB agreed to give the political donations so as to ensure that its business would not be interrupted as there were several other companies lobbying for the job undertaken by UKSB, namely relating to the visa system.

“Investigations also revealed that those cash donations, which were given on monthly basis to Datuk Seri Ahmad Zahid, were prepared by David Tan (former UKSB Administrative Manager David Tan Siong Sun) on the instruction of Harry Lee,” he said during examination-in-chief by deputy public prosecutor Zander Lim Wai Keong.

Mahendran said David Tan’s role in this was to ensure that UKSB had sufficient funds to fulfil Ahmad Zahid’s request.

Prior to this, Wan Quoris Shah told the court that the financial aid given to Ahmad Zahid was meant to strengthen the company’s position as a KDN contractor, apart from getting the politician’s support to reduce competition from other companies running similar businesses.

Mahendran also said that based on the statements by Harry Lee, David Tan and Wan Quoris Shah, the cash donations for Ahmad Zahid would normally be placed in an envelope.

“The handover of the cash will be made every month according to Ahmad Zahid’s time, which is normally at 10 pm at Seri Satria, Putrajaya, his official residence or at Country Heights,” he said.

Ahmad Zahid, 69, is facing 33 charges of receiving bribes amounting to SG$13.56 million from UKSB for himself as Home Minister to extend the contract of the company as the operator of OSC service in China and the VLN system as well as to maintain the contract agreement to supply the VLN integrated system to the same company by the Home Ministry.

He was charged with committing all the offences at Seri Satria, Precinct 16, Putrajaya, and Country Heights Kajang between October 2014 and March 2018. The trial before Judge Datuk Mohd Yazid Mustafa continues. - Bernama