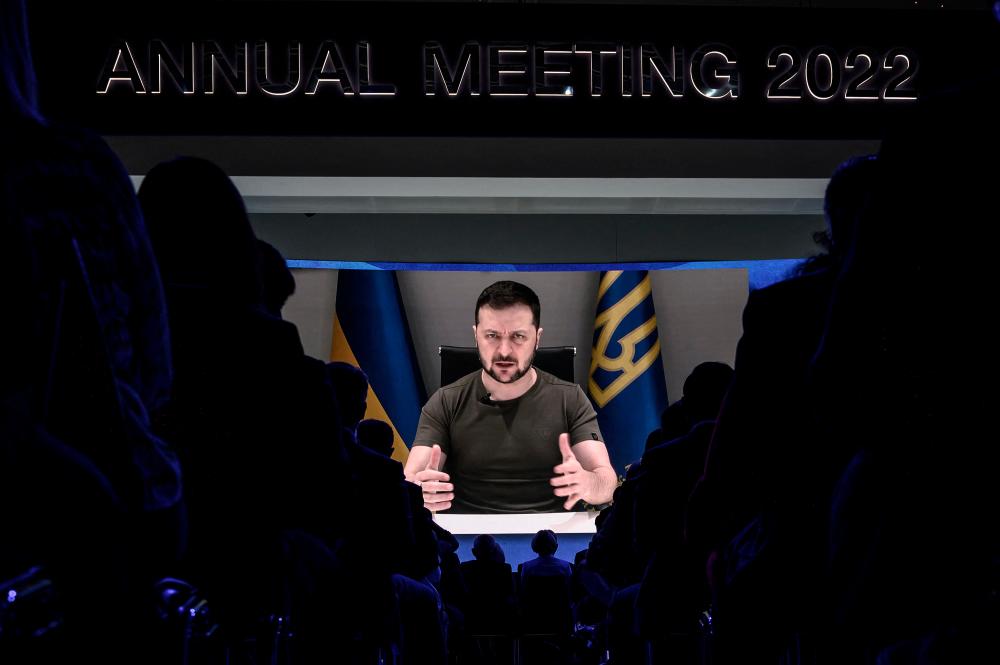 DAVOS: Ukrainian President Volodymyr Zelensky(pix) said Monday that 87 people were killed in a Russian attack earlier this month on a military base in a region of northern Ukraine that was earlier reclaimed by Kyiv’s forces.

“Today, under the rubble in Desna, there are 87 victims. Eighty-seven corpses, victims who were killed,“ Zelensky said during an address to the Davos summit, referring to Russian strikes on May 17 on a village that is home to a Ukrainian military base in the Chernigiv region.

Russia’s strikes on Desna were a rare attack on a region near the capital weeks after Ukrainian troops had reclaimed the area in the wake of a drawdown of Moscow’s troops.

“Ukraine’s future will be without these people,“ Zelensky said of those killed in Chernigiv, in what would be one of the largest single recorded strikes of the war.

Ukraine, he said, “is paying dearly for freedom and independence and for this struggle”.-AFP 5.One dead as rare tornado tears through Dutch city