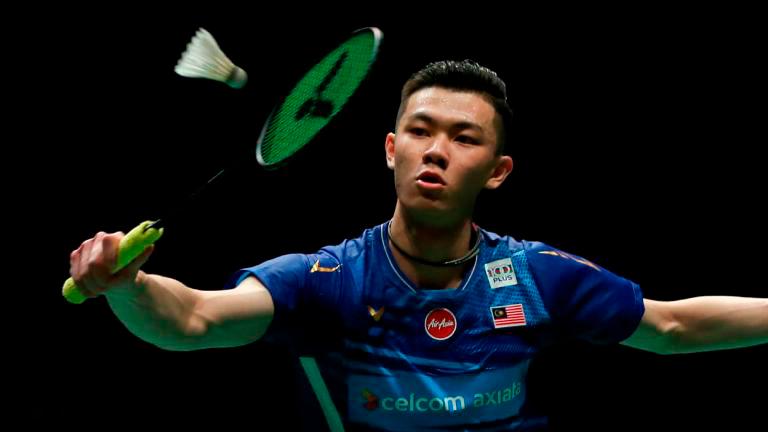 KUALA LUMPUR: National men’s singles ace Lee Zii Jia(pix) checked into the last eight of the Denmark Open 2021 as he prevailed over Liew Daren in an all-Malaysian affair at the second round of the tournament yesterday.

Axelsen had earlier eliminated Lakhsya Sen of India 21-15, 21-7 to advance to the quarter-finals.

Sze Fei-Nur Izzuddin produced an amazing comeback to create an upset over the seventh seed from India, Satwiksairaj Rankireddy-Chirag Shetty, as the young national pair recorded an impressive victory of 14-21, 21-15, 21-15.

Malaysia’s professional duo, Goh Soon Huat-Shevon Lai Jemie’s journey in Denmark came to an end after they were knocked out from the competition by third-seeded Indonesian pair, Praveen Jordan-Melati Daeva Oktavianti, 21-14, 21-12. -Bernama