Zii Jia receives windfall from 100PLUS 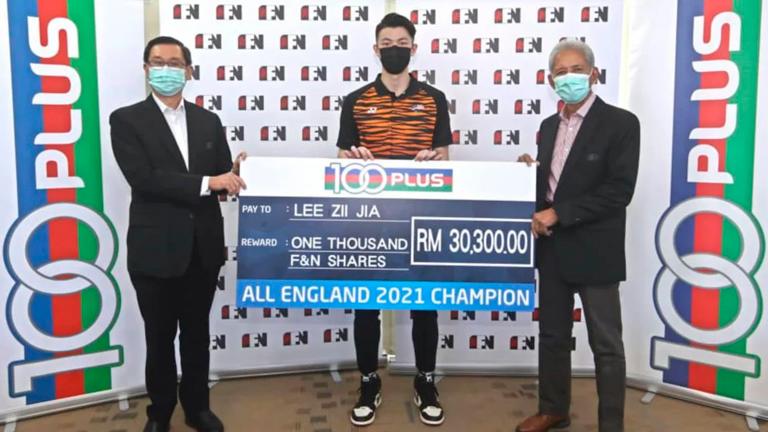 KUALA LUMPUR: National No. 1 singles badminton player, Lee Zii Jia received a windfall in the form of 1,000 shares of F&N (Fraser and Neave Group) worth RM30,300 following his sensational victory at the 2021 All England Badminton Championship in Birmingham, England, last month.

100PLUS senior marketing manager Leong Wai Yin said Zii Jia’s success was remarkable especially when he defeated two of the world’s best players, Kento Momota from Japan in the quarterfinals and Viktor Axelsen (Denmark) in the finals at Utilita Arena.

“During the contract signing ceremony last January, Zii Jia said that the support from 100PLUS would help inspire him to achieve greater success. He fulfilled his promise and now he is the All England champion,” said Wai Yin in a statement today.

Wai Yin also expressed his hopes that Zii Jia would continue to perform at his best at the upcoming Malaysia Open scheduled in May and the 2020 Olympic Games in Tokyo this July.