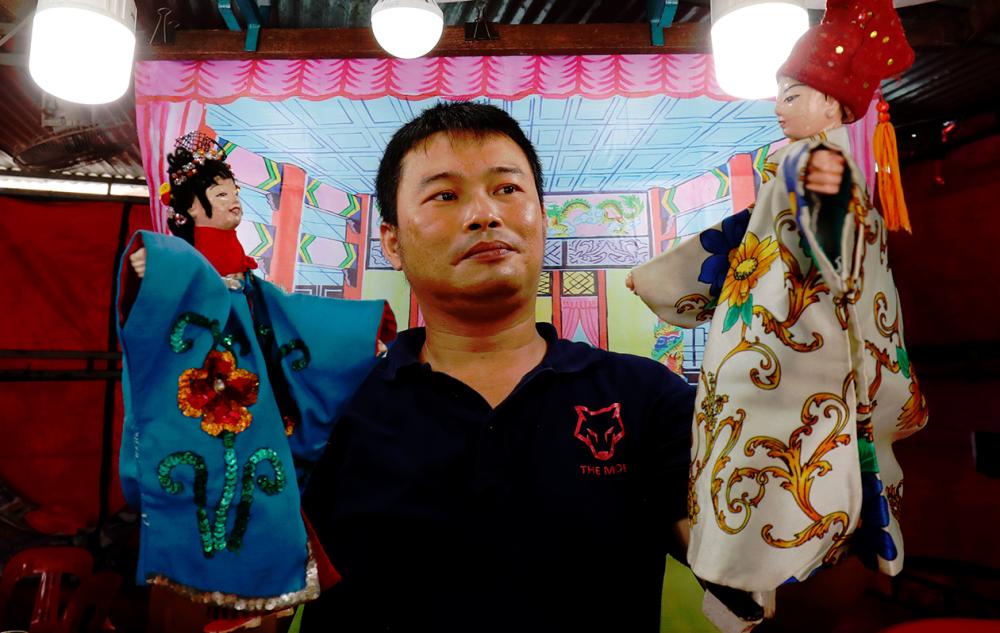 Two years after Covid-19 hit the nation, stage performances are now coming back to life during the Hungry Ghost Festival, which began on July 29 and ends on Aug 26. Such shows, which include puppeteers bringing small dressedup dolls to life are a sight to behold, as characters play out the story of tribulations and triumphs on a makeshift stage. According to Taoist beliefs, the gates of hell are opened during the seventh lunar month of the Chinese calendar, and spirits are free to roam the Earth. The free shows are meant for the wandering spirits. But human beings are welcome too, said puppeteer Calvin Keng Choon. Keng Choon, 41, a second-generation puppet master from Jelutong, Penang, said the stories that are told on the small stage are meant to teach children to respect their elders and practise good deeds. HAFIZ SOHAIMI THESUN