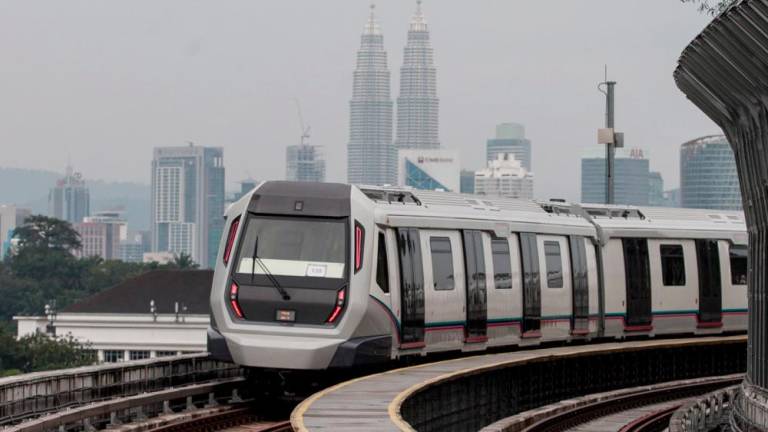 KUALA LUMPUR: More than 121,000 commuters have purchased My100 unlimited monthly travel passes since its implementation earlier this year, the Dewan Rakyat was told.

Transport Minister Anthony Loke Siew Fook said ridership for rail services in the city has also increased by 9% for the first two months of the year as compared with the same period last year.

“As of March 29, the My100 travel passes have been subscribed by and benefited 121,303 unique users. In March alone, 87,349 users purchased the pass, and this number is expected to increase in the coming months.

He was responding to a question from Wong Hon Wai (PH-Bukit Bendera) on how much the ridership has increased since the implementation of the My100 and My50 travel passes on Jan 1, 2019.

Loke, however, did not provide any figures for the My50 travel pass subscriptions.

Prime Minister Tun Dr Mahathir Mohamad had, on Dec 1, 2019, launched the unlimited travel pass in a move to reduce the cost of living for the rakyat.

The My100 pass allows commuters to access unlimited ride for 30 days on all forms of RapidKL rail and road transport, including MRT, LRT, monorail, BRT Sunway, RapidKL buses and MRT feeder buses.

Meanwhile, Loke said the government was also considering introducing the travel passes to other states, with the My50 pass to be implemented in Penang as soon as July this year.

“In Penang, we will only introduce My50, which will cover Rapid Penang bus rides and Rapid Ferry, as there are currently no rail services there other than KTM.“

“As for other states, there are plans to introduce them in stages, but this will be subjected to the infrastructure in the states,” he added.