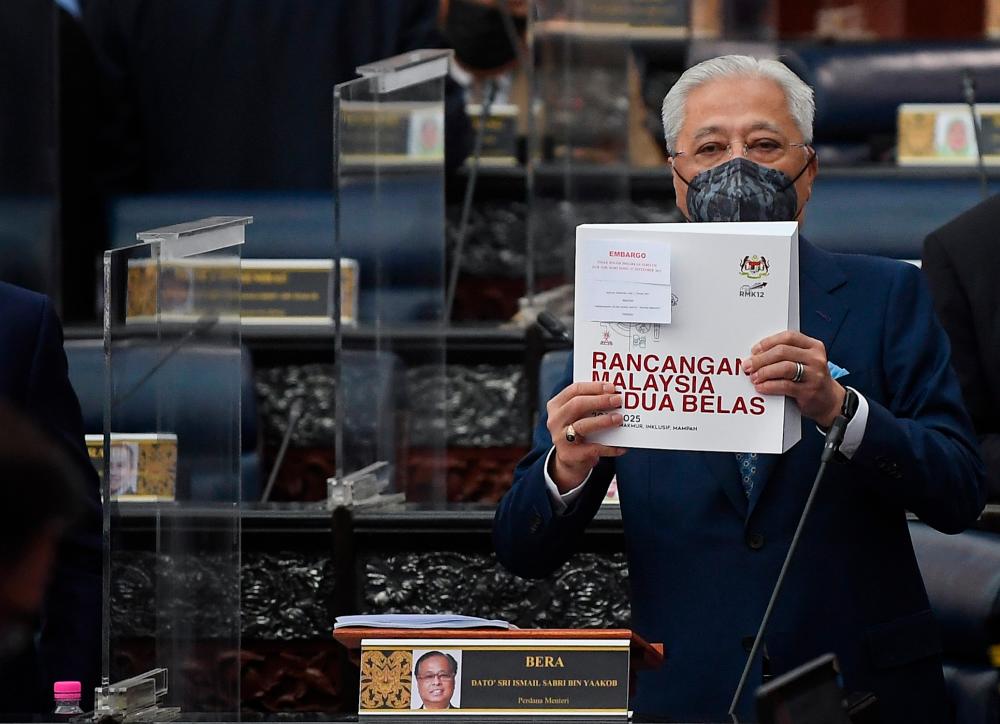 “I am committed towards making Malaysia a carbon-neutral country as early as 2050,“ he said when tabling the 12MP in the Dewan Rakyat today.

To support this effort, Ismail Sabri said economic instruments such as carbon pricing and carbon tax will be introduced, while details of other measures for carbon reduction will be announced once the low-carbon long-term development strategy study is finalised by the end of 2022.

According to him, the government has made a commitment to no longer build new coal-fired power plants.

The prime minister said a law related to energy efficiency and conservation would be introduced to regulate energy consumption by high-intensity consumers in the industrial and commercial sectors.

According to him, renewable energy generation from solar, biomass and biogas is targeted to increase to 31 percent of total installed capacity by 2025.

He said a cyclical economic model would be implemented under the 12MP to reduce pollution, waste generation and dependence on natural resources.

The concept of producer responsibility will be intensified to increase the implementation of sustainable consumption and production, while encouraging green investment, including for projects under the public-private-partnership approach as well as government-owned companies (GLCs), he said.

The development of resilient green cities will be intensified with 120 cities targeted to achieve sustainable urban status, and the government will also give priority to the development of energy efficient vehicle (EEV) production industries, he said.

Ismail Sabri said a roadmap to reduce greenhouse gas emissions and a national adaptation plan would be introduced, apart from green procurement initiatives being extended to the state governments and local authorities.

“Through the implementation of this initiative, the government’s green revenue is targeted to increase to 25 per cent by 2025,“ he said.

On the conservation and preservation of the country’s diverse natural resources, Ismail Sabri said the ecological fiscal transfer mechanism would be improved to support efforts to conserve forest areas, while increasingly endangered wildlife sanctuaries would be enhanced for conservation purposes.

He said the government would introduce a blue economic blueprint to determine the development direction of coastal and marine areas.

Ismail Sabri also said several projects under the flood mitigation programme, integrated river basin management, and coastal erosion control as well as flood forecasting and warning at a cost of RM16 billion would be implemented under the 12MP and 13MP.

“Caring for the environment is very important to protect lives and reduce property loss,“ he added. — Bernama